Hoppa, one of the leading airport transfer facilitators, has published once again, their annual report on the cost of a tourist experience in different city destinations across the world.

100 cities on different continents were take a close look at when it comes to the price of a wide range of tourism-related services. Amongst the factors taken into consideration to determine the average cost of an overnight stay in each destination were the most obvious staples of every trip, such as accommodation, meals, drinks and taxi rides. The study was refined also by the comparison of the cost of medical emergencies, which may weigh heavily on the overall cost of holiday for less fortunate travellers.

Hoopa’s report look both on the high end of tourist services – luxury accommodation and fine dining, and the cheap hotel (for two) and fast-food meals. See below the cheapest destinations to visit in 2018.

Kiev, Ukraine - low-cost holiday in Eastern Europe
The Ukrainian capital was considered the cheapest of all 100 cities included in the study. The average cost of one night stay in Kiev, including hotel, meals, taxi and entertainment was estimated at £ 64,79. For comparison the most expensive destination in 2018, New York, earned its leading position by a cost 5 of similar commodities and services over 5 times superior, at £346,05.

In the individual categories of the study, Kiev turned out to be the cheapest place to eat when it comes to both fine dining and cheap on-the-go food and ranked in the top 10 of the cheapest places to have coffee, beer, cocktails and wine.

Kiev, the wealth of historic and cultural heritage and low prices.

Antalya, Turkey - fine dining for small money
Antalya is the name of one of the popular tourist regions of Turkey, but also of its capital. The fifth most populous Turkish city ranked last but one on the list of the cheapest destinations.

The political disquiet the country has been living and the subsequent terrorism alert have taken a toll on one of the pillars of the Turkish economy, tourism. With less tourists to boost the prices, the cost of holidaying in Turkey has decreased. According to Hoppa, one night stay in Antalya costs, on average, £69,87.

Antalya was also considered one of the cheapest places for fine dining.

A great base for exploring the Turkish Riviera, Antalya offers a wide range of rent a car services. Find cheap car hire in Antalya Airport

Manila, Philippines - great shopping and cheap food and drinks
One of the most densely populated cities in the world, Manila is a destination far from ideal for those seeking peace and quiet during their holiday. The vibrant and exotic capital of the Philippines has, however, an interesting cultural heritage to explore, a pleasant waterfront district and splendid shopping opportunities with a variety of shopping malls, factory outlets, department stores, local markets and bazaars. 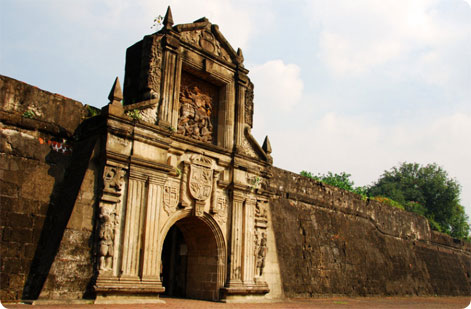 Whether on business or leisure in Manila, do not miss out on the opportunity to visit the city’s historic quarters. Above, the Walled City Intramuros.

An overnight stay in Manila will cost, on average, £70.20. It is cheap to eat and drink in Manila, for either fast-food enthusiasts or gourmet food lovers.

Denpasar, Indonesia (Bali) - well-priced taxis
The capital of Bali thrives on the ever growing tourism to the island. While the large majority of tourists to this Indonesian province are headed to the island’s paradisiac beaches, Denpasar served by an international airport is for many the first stop on Bali.

The study by Hoppa estimated the cost of an overnight stay in Denpasar in £74,71. The city proved to be the cheapest for hotels in “reasonable” standard and one of the cheapest to eat (both fine dining and on the go food). It was also the second cheapest for taxi rides.

Fly to Bali and rent a car at Denpasar Airport

Siem Reap, Cambodia
Cambodia is one of the tourist destinations on the rise in Asia. Despite the distance from the beaches of the Indian Ocean, Siem Reap is one of the most popular and best developed tourist resorts in the country, largely due to the proximity to the Angkor Temples and the beautiful natural settings on the banks of Lake Sap. 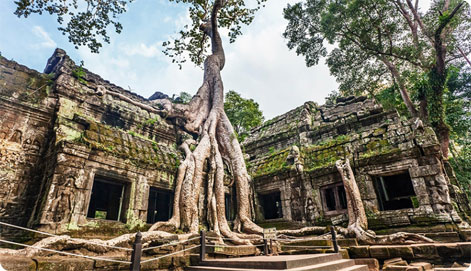 Although the cost of tickets to Cambodia’s most popular attractions, Angkor Temples, has almost doubles over the last two years, staying in the nearby Siem Reap is still cheap, with an average cost of £78,96 for a night in a hotel, meals, taxis and entertainment.

Siem Reap is a great place for a cheap beer and a modestly priced meal in a fine restaurant.

Further down the list – Bucharest and Sofia, the cheapest European cities
Other Asian destinations were amongst the top 10 cheapest tourists destinations by Hoppa for 2018. See below the full list of the ten cheapest cities to visit: