France has one of the lowest numbers of public holidays in the world. Not counting with the Easter Sunday, which is always w work-free day, eleven bank holidays are celebrated by the whole of the nation and two additional ones are observed regionally.

When planning your holiday France you may prefer to avoid travelling at the time of national holidays, as your access to many public institutions, including museums, may be compromised, if not impossible. 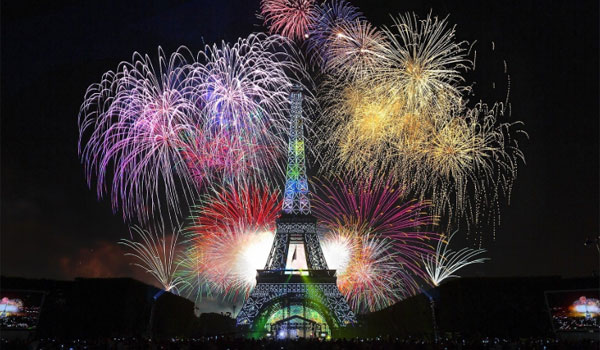 On the other hand, the festivities accompanying some of the celebrations, as for example the Bastille Day (French national holiday) provide additional attractions for visitors in France.


Local holidays in France - Alsace and Moselle
Please note that there are public holidays celebrated only in some regions of France.

Good Friday, Vendredi Saint is observed only in Alsace and Moselle. The dates for Good Friday in 2019 and 2020 are: 19 April and 10 April, respectively.

Equally, only in those two regions St. Stephen’s Day, known in French as Saint-Étienne, is considered a public holiday.

Bastille Day celebrations in France
The French National Day commemorates the beginning of the French Revolution with started with the Storming of the Bastille on a morning of 14 July 1789. The fortress prison of Bastille was a symbol of the oppressive monarchy and its fall gave an impulse to the political upheaval which changed forever Europe’s ruling system.

Banks, post offices and many businesses close on Bastille Day. In major tourist destinations however restaurants and to some extent retail, are open for business.

Armistice Day
Declared a public holiday in many nations, the Armistice Day commemorates the life lost in the World War I. Armistice Day is held every year on 11 November, the day of cessation of hostilities between Germany and the Allies which ended World War I.

In France, the Armistice Day is a solemn celebration, marked by military parades and memorials at the Tomb of the Unknown Soldier at Arc de Triomphe in Paris. Much like during the Bastille Day, on 11 November, all of France displays the national flag colours, blue, white and red.

The Armistice Day is a free of work day in France. Most of the public services, banks, post offices as well as a large number of private businesses are closed. In bigger cities, retail and restaurants are open in areas most popular with tourists.

Find useful information on the official website of tourism in France.