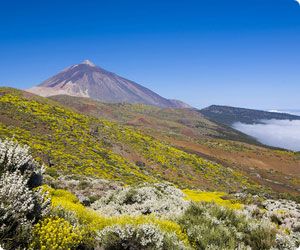 Tenerife North is one of the two airports on the largest of the Canary Islands, Tenerife.

The airport is situated in less than 7 miles distance from the island's capital, Santa Cruz.

Although Tenerife North has a status of an international airport, it serves primarily domestic destinations to and from continental Spain and between other islands of the Canaries. The route Madrid-Barajas - Tenerife North is extremely popular but the airport is also connected to Barcelona, Seville, Bilbao, Malaga, amongst others.

The international routes from Tenerife North include Caracas and the seasonal route to Paris-Orly.

The tourist on holiday in Tenerife arriving to Tenerife North Airport can choose from a number of car hire options. Amongst rent a car companies based at the airport are: Avis Rent a Car, Europcar, Hertz, Alamo as well as the local car rental providers, Cicar Canary Islands Car, Auto Reisen Rent a Car, Orlando Rent a Car and Goldcar Rental.