In terms of cheap runabouts, the VW Polo has effectively grown out of this market segment. The Polo is no longer a cheap car and aims at more quality conscious buyers.

Volkswagen has replaced its cheapest offering with the VW Up and sister cars Seat Mii and Skoda Citigo. These cars are certainly cheap and cheerful with good safety equipment, but lack in space and comfort.

The ever so popular VW Golf has grown in size leaving more space in the economy class/supermini market for the VW Polo, which is no longer a small car. 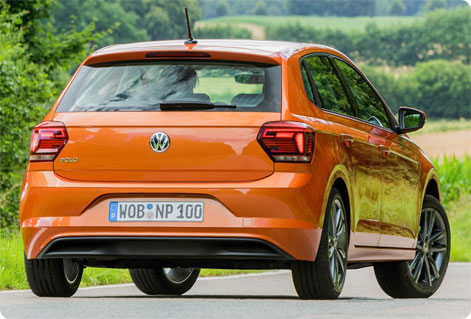 New VW Polo
Not since 2010, when the then new VW Polo Mk5 (6R) was awarded with the European Car of the Year title, has Volkswagen sold as many Polos to consumers in Europe and the UK; unless going way back to the previous century.

The German car manufacturer, naturally, would like to return into yearly sales figures of 350-400.000 units of its supermini, which now looks like a ’mini-Golf’.

China has been a huge success for the VW Polo with sales figures in good months reaching 50% of European sales. The Chinese produced Polos are, however, not as advanced nor as profitable as the European model. 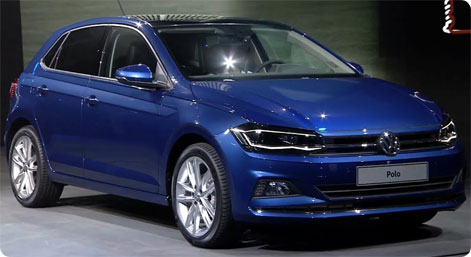 The new VW Polo Mk6 (built on the MQB A0 platform in Europe) has been very well received and praised in particular for the large cabin space and its good boot size. In order for the car to succeed compared to previous models, it has to sell extremely well. See more about yearly sales figures below.

How big is the new VW Polo inside? – and outside?
The exterior measurements are as follows:

These figures mean that the Polo has grown 8 cm in length and increased with a colossal 7 cm in width. The height of the car is slightly reduced by a few millimetres. The result is a visually more low-slung car which comes across more dynamic and less boxy.

With its new dimensions, the Polo is half a class larger than the previous model. In fact, the VW Polo Mk6 is exactly as long a car as the VW Golf Mk2 with 5 doors produced 1983-1992 – and a few cm wider.

The much wider car has done wonders for the interior space. The new vehicle can seats 3 people in comfort in the rear seat, and still the boot size is massive.

The luxury starts to become visible in Comfortline versions of the car which are equipped with much better materials, more possibilities for adjustments (passenger seat height, adjustable armrests with storage, split-folding rear seat) and more gadgetry as well (for instance multi-function steering wheel, USB connections) and comfort and storage details like retractable trays under the front seats, rear electric windows and more.

The VW Polo boot size is a class leading 351 litres. In a larger and considerably more expensive VW Golf-7, the boot size is only slightly better at 380 litres. 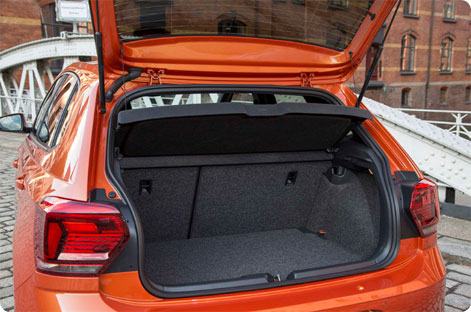 This is truly a bigger car. 5 adults can travel in comfort on shorter trips. Driving longer stretches is possible with 3 kids or 3 smaller grown-ups in the back utilizing the increased space to its potential.

The exterior of the car varies with the equipment level, but in a much more subtle way compared to the interior. Trendline and Comfortline both come with steel wheels and hub caps as standard; although many private customers choose to order the optional alloy wheels. Highline versions of the new Polo always will have alloy wheels and additional chrome details in the front grill as well as standard front fog lights.

For rent-a-car purposes, the Comfortline with standard air condition is the most likely version to encounter. Some rental car companies choose the Trendline with optional air condition. Lower resale prices for basic cars, however, is pushing more and more fleet buyers to go for the Comfortline version. Highline VW Polo cars are hard to find in rental fleets.

VW Polo as rental car
After supplying the markets with the first cars of which many were pre-ordered by customers, in the course of 2018-2019, most rental car companies in Europe will take delivery of the new Polo.

Discounts for Avis, Hertz, Sixt, Europcar etc. are available, but car renters may not obtain bargains, as usually is the case with outgoing models. The alternatives in this rental class are Nissan Micra, Renault Clio, Citroen C3, Peugeot 208, Ford Fiesta and Opel Corsa all of which are cheaper or very much cheaper.

Where are VW Polos built?
When production capacity allows, the discounts will get better and more cars will join the large hire car fleets.

The European VW Polos are built on the VW-factory in the Spanish city of Navarra in the Basque Country close to France. 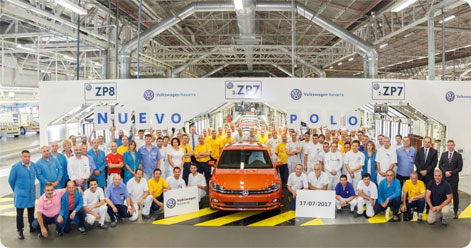 Pros and cons – evaluation of the new Polo Mk6 (AW)
This car is one of the best around in its class.

Sales figures - VW Polo sales in Europe including the UK
In Europe the revolutionary car introduced in 1975 has sold tremendously well. 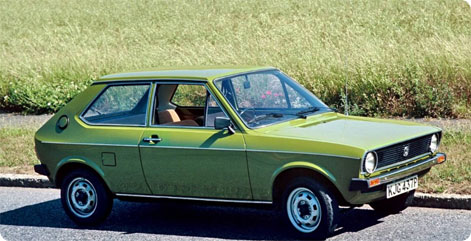 Starting off in a modest way – first model VW Polo

The sales figures for the last 20 odd years are the following: