The main airport of Poland served in September the highest numbers of passengers in its history for this month of the year. Several factors contributed for the record result of 1.3 million passengers handled.

The new development strategy of LOT, Poland’s flag carrier, is one of them. Since the beginning of the year, the airline announced 20 new routes, amongst them long-distance flights. Apart from the distant destinations already operational, such as Warsaw-Seul and Warsaw-Tokyo, in the spring 2017 season, the carrier will also start flying from Chopin Airport to Los Angeles and Newark in the USA. 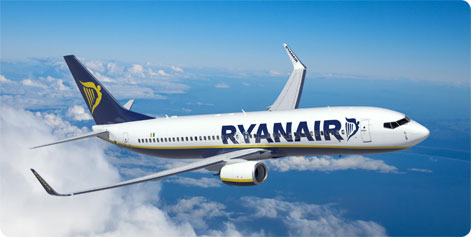 Starting from 30 October, the Irish low-cost operator will offer routes from Warsaw Chopin to Wroclaw and Gdansk. These two most popular domestic routes of Ryanair in Poland will be operated twice a day, in the morning and late afternoon/evening, catering mostly for the needs of business tourists, for whom flights from Modlin, were simply very little attractive, time-wise, given the fact that around an hour of transfer time between the city centre and the low-cost airport had to be added to the total travel time.

Chopin Airport is a mere 15 minutes away from Warsaw city centre and flights to either Wroclaw or Gdansk taking about 55 minutes, at prices starting from as little as about 3 £ are a very appealing alternative to time-consuming car rides or expensive train fares.

Ryanair has already announce adding a route to Szczecin from Warsaw Chopin Airport in the spring 2017 and talks about moving also some of the most popular international routes from the overloaded Modlin Airport are also getting a lot of attention from the low-cost travellers.

Warsaw Chopin Airport – the future
Currently Chopin Airport, locally still referred to by its old, topographical name as Okecie Airport, handles approximately 12 million passengers per year. This number is expected to rise in the nearest future to about 20-25 million, given the recent upgrade the airport received, including a terminal expansion and the addition of new taxiways and aprons.

The proximity to the city centre, and the resulting space limitation, however, make it quite clear that any further development of country’s major airport, is severely compromised, if not impossible.

The plan of creating a new central airport for the Polish capital, which has been discussed for some time now, stands a chance to become a reality for Warsaw. Time will tell weather creating of a new airport facility will impose closing Warsaw-Chopin Airport or is some form of co-existence of the airports already in operation will be possible.