Ryanair to fly from Manchester to Porto

Portugal has been a popular destination for British tourists for year, both for city break and beach holidays. The capital, Lisbon, and the sunny Algarve region in the south offer a wide variety of direct routes to different UK airports.

Porto Airport, serving Northern Portugal is quickly catching up with a steadily developing choice of direct flight. Starting from June 2018, it will be possible to fly from Manchester to Porto with the low-cost carrier Ryanair. 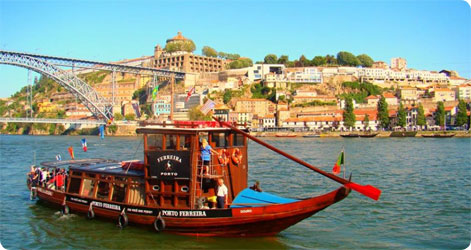 The seasonal route Manchester-Porto will be served three times weekly, on Tuesdays, Thursdays and Saturdays and available according to the following schedule:

On the returning route (OPO-MAN) all flights depart from Porto at 10:40 and arrive to Manchester at 13:10.

The new route was announced together with other eight new Ryanair’s services soon to be available from Manchester Airport to popular holiday destinations in Southern Europe, amongst them to Almeria and Reus in Spain, Cagliari, Palermo and Treviso in Italy, Rhodes in Greece, Agadir in Morocco and Ponta Delgada, in the Portuguese archipelago of the Azores in the Atlantic Ocean.

Flights Manchester-Porto are seasonal and will be operated between June and October. On this route, Ryanair faces direct competition only from Easyjet.

Porto, a city break destination
The Northern capital of Portugal or, Porto, often referred to by Portuguese as ‘The Invincible City’, has been in the spotlight of the tourist industry for several years now.

The superbly well executed process of urban renewal allowed to reveal that Porto has undergone in the last decade allowed to reveal the city’s exquisite historic and cultural wealth, providing at the same time a modernized and expanded tourist infrastructure, especially when it comes to transportation and accommodation.

Porto has been in the lead of rankings for the best city break destinations, successfully competing with established European tourist hotspots.

A UNESCO World heritage site, Porto is also appreciated in the context of its winemaking tradition (as the place where port wine originates from) and also as a base for discovering the northern part of Portugal.

If you r time in Portugal is limited, Porto is an ideal location for a short city break; it is a very compact, with a large number of unique monuments concentrated on a fairly small area and great to be explored by foot. Be prepared, though, to have to climb a lot as the terrain is hilly.