One of the world’s largest new car exhibitions, the Paris Motor Show, is held every other year in Paris Expo Porte de Versailles.

At the October 2016 edition of the show, a large number of new futuristic designs, supercars, upgrades to existing vehicles and some brand new vehicles could be seen in Paris.

This is the preferred place for the big manufacturers to show off and gauge customer reactions on new design developments and concept cars – some of which (but only a few) will eventually develop into real cars.

From time to time, ‘teasers’ are presented as for instance the new BMW X2 sports coupe crossover. The car is not ready for production, but some details are already spot on.

On the roads of UK and in Europe the following new passenger cars will soon be a common sight:

Citroen C3 – new larger C3 model with similar lines as the C1
Kia Rio – upgrade of a well-known design
New Hyundai i30 - Golf-class/compact class vehicle
Nissan Micra – brand new and bold design takes the Micra to a new level – with bigger boot too
Peugeot 3008 SUV – much better looking than the old one
Peugeot 5008 SUV – the 5008 is now a SUV as opposed to a bland people carrier/MPV
Skoda Kodiaq Crossover SUV – the name is against it, but in Europe it may sell well

..and the slightly more expensive:

More and more Hyundai i20 are performing fleet duties, and in Southern Europe Peugeot 208 and Renault Clio are plenty.

The new and much larger Citroen C3 will no doubt be a popular economy class contender if not able to push Ford Fiesta off the throne. 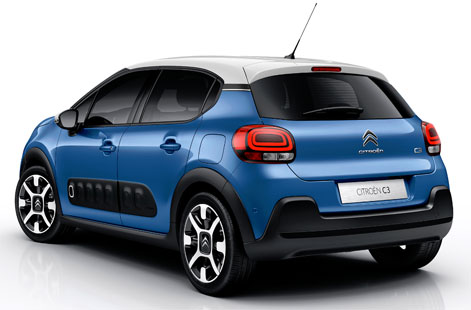 The South Korean brands have not fully hit home with fleet operators with other than low cost rental car companies, but a change is on its way.

Some customer would rather still be handed the keys to a German, French or Italian vehicle. The perception is changing though, as both Kia and Hyundai are built to high quality standards – and come with exceptionally good warranty.

Amongst the many new car 2017 models, the Nissan Micra is one of the more likely ones to be purchased by car hire companies like Avis, Sixt, Enterprise and Hertz in considerable quantities in year 2017. 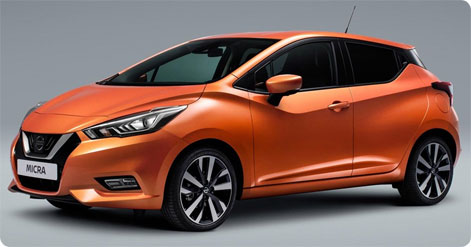 New competitor to VW Golf
In the Vauxhall Astra/Ford Focus/VW Golf class, the Hyundai i30 is ready to do battle on quality as well as on price. Even the look’s for the Hyundai compact is now a selling point although any German brand will rate higher with the customer.

It looks like that the Hyundai designers have been told that if the new i30 could look a bit like a VW  Golf, it would be fantastic – so it does... 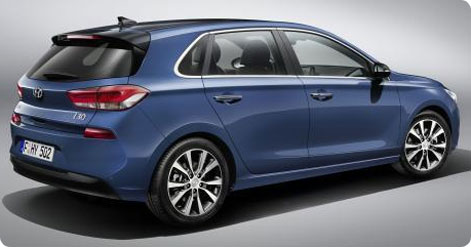