The Polish national carrier has announced the launch of a direct connection between Warsaw and the Danish city Billund.

The connection will be available 12 times per week. 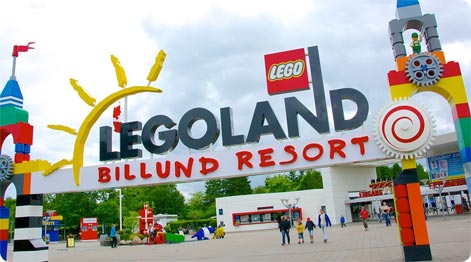 From June, LOT will be flying to the amusement park Legoland Billund.

On working days, planes will fly from the Warsaw-Chopin Airport twice a day, in the morning and in the afternoon, at 8:20 and 17:30. The frequency of flights on this route falls down on weekends: on Saturdays, flights will be available in the morning and on Sundays, in the afternoon. The flight takes one hour and 40 minutes and will be serviced by Embraer 170 and 175 airplanes, which can take from 70 to 88 passengers aboard, depending on the configuration.

Billund – the land of Lego bricks
Being situated in the central part of the Jutland Peninsula in western Denmark, Billund is commonly associated with the Legoland amusement park. Basically, at the end of the 1940s the production of the cult toys, Lego bricks, began here in Billund. In 1968 the amusement park was founded close to the building of the first brick factory.

Despite the existing ones now, through the franchise network, Legoland parks are also located in Windsor in the UK, in German Gunzburg and in California, Florida, Japan, Malaysia and Dubai, their Danish prototype is treated with special sympathy. Its unquestionable advantage in comparison to newer parks is location next to the international airport. It is located about a 20 minutes walk from the main entrance to the park.

For business to Denmark – flights to Billund
The new LOT connection is not only for tourists on their way to Legoland.

Andrzej Kubicki, LOT's corporate communication director, while informing about the introduction of a new route pointed out that southern Jutland is one of the richest regions in Scandinavia and Billund is of the most important business centers in this part of Europe, which will definitely go well with people, who are traveling to Denmark for business.

Billund is situated close to the “industrial triangle” created by the cities Vejle, Kolding and Fredericia. The morning and afternoon flights allow, for instance, to have a business meeting and return back the same day.

LOT's connection goes into a competition on the same route from the low-cost Wizzair carrier, which flies to Billund from Warsaw only twice a week, on Tuesdays and Saturdays.