Katowice Airport to be expanded with direct railway connection

The fourth airport in Poland in terms of the number of passengers served is Katowice International Airport – KTW. Katowice Airport is also known as Pyrzowice airport after the nearby village in Silesia, Southern Poland. 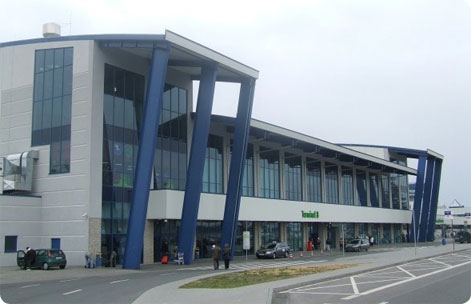 Katowice Airport is in line for yet another expansion

The increase in the number of passengers has been recorded both in charter flights from Pyrzowice as well as in passengers using regular scheduled connections from Katowice Airport. Both segments of business are growing virtually every year.

2017 saw more than 20% increase in passengers compared to the previous year measured on passing through travelers in Katowice Airport. The final figure ended on 3.92 million passengers.

Long term predictions double that number within the next 20 years.

With such a rapid growth, development of the airport infrastructure is essential, and, especially, a solution is called for on the most pressing of problems: the increase of its capacity for passengers to get to and from the airport.

Its implementation, however, was postponed to the winter of 2019/2020. This delay was caused by the climate summit COP24 planned for December 2018,

This event will attract several thousand participants to Katowice. In order to minimize airport’s losses in the coming up summer tourist season, renovation works in Pyrzowice airport will commence by winter 2019.

The terminal reconstruction concept involves, among the other things, a raised ceiling that will allow the creation of an additional floor. The freed up space will be used for additional security control checking desks.

Additional passenger check-in desks will be installed in the vacated space at the ground floor.

Traffic at the 4th largest airport in Poland will be additionally improved by connecting all three terminals with a passage.

A transformation of the old runway into a taxiway was already implemented, the parking area for cargo operations was expanded and a new flight control tower is being built.

The revitalization of the railway line running nearby the airport was postponed slightly, but is still in the plans.

This probably most important development in Katowice Airport will allow a railway connection directly to the airport terminals.

For now, the Polish State Railway company has appointed Egis Poland to be company that will oversee the planning and project management of the railway project.

The first trains to Katowice Airport will arrive in 2022 at the earliest. The construction works is planned to go ahead from the fourth quarter of 2019.