Easyjet expanding in Sweden and in Croatia

The low cost airline Easyjet has its eyes on Stockholm-Arlanda and on Croatia in general.

By March 2017, the 3rd route from Stockholm-Arlanda will be Milano-Malpensa MXP. And surprisingly, Easyjet will be the only operator from the largest Swedish airport to the main Milan Airport of Malpensa.

Copenhagen stays with 12 Easyjet destinations
It seems like Easyjet has halted the expansion out of Copenhagen Airport – CPH and is no sign that the 2nd largest Danish airport Billund – BLL will be included on the Easyjet route map soon. 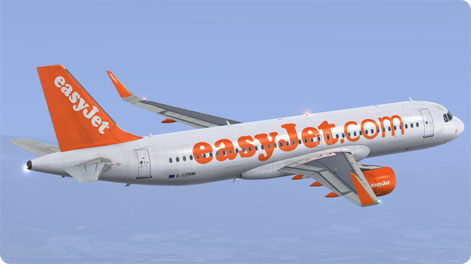 The expansion takes place in other regions.

Lots of flights to Croatia with Easyjet
By far the largest expansion recently has been to the up-and-coming holiday destination Croatia. By the end of 2016, the British low cost carrier had managed to open some 30 connections; many of them within the last 2 years.

Holiday goers from all of Europe and in particular from the UK, can jet of with Easyjet to 3 different Croatia Airports: Pula Airport in Istria - PUY, Dubrovnik Airport - DBV and Split Airport – SPU; all situated on the magnificent coast of the Adriatic Sea.

A forth route to the Croatian capital Zagreb is expected in 2017, but not yet (per 2016) confirmed.

Missing out on traffic to Warszawa and Oslo
Looking at the Easyjet route-map tells you a great deal about where the company is concentrating its efforts in Northern Europe.
The 12 routes out of Copenhagen – CPH (all from the low cost CPH-GO terminal) are year-round routes.

Hamburg Airport – HAM in Northern Germany, which is considerably smaller than Copenhagen, already has a whopping 30 Easyjet connections (some of which are seasonal) .

Surprisingly, Easyjet has so far not included the Norwegian capital Oslo in its route planning. Oslo-Gardermoen OSL must be a prime airport for new Easyjet connections in 2017.

Also Warsaw Airport – WAW has so far no Easyjet flights despite being a high-growth airport.

In Poland, only the beautiful city of Cracow (Airport Krakow-Balice) has so far been included on the Easyjet route-map with 12 connections. It must be a matter of time before Easyjet expands its operations to Warsaw.

The Polish capital has two airports, but one of them; the new Warsaw-Modlin – WMI is rather unloved due to its location 50 km northwest of the capital. Ryanair is so far the only operator in Modlin, and talks about building a third airport closer to the capital has begun in Poland.

In any case, it will be essential for Easyjet to expand outside Britain, where lack of growth possibilities, exchange rate fluctuations and the possible implications of Brexit make for a lot of uncertainty for any company in the airline industry.

Easyjet in Southern Europe – strong presence in Portugal, Spain and Italy
In Southern Europe, the holiday destinations are obviously Easyjet main territory for operating an abundance of low-cost flights.

Spain is the country in Southern Europe, to where Easyjet takes most holiday goers, and in Italy, the number of airports with Easyjet connections is equally huge.

Easyjet under pressure to become less depending on the UK market
Being the airline of choice for a large British population has served Easyjet well over the years.

In the HQ in London-Luton Airport, however, a realization of the new market conditions has dawned on management.

It has become too high risk to rely on a strong home market only, and as such, Easyjet, is in a situation where investors are waiting for answers to the problems.

Despite making profits, the expectations are not as good as a year ago, and in October 2016, the Easyjet share price has plummeted with about 40-50% compared to October 2015.

Low cost airline Easyjet operates about 235 planes; and crucially has another  130 units on order. The company maintains a policy of exclusively using Airbus A319-100, Airbus A320-200 and Airbus 320neo planes.