A large volume order of Nissan Leaf electric cars has been placed by Avis, the giant of car hire industry worldwide. The impressive number of 400 environment friendly vehicles is destined to reinforce Avis car rental fleet in Denmark. 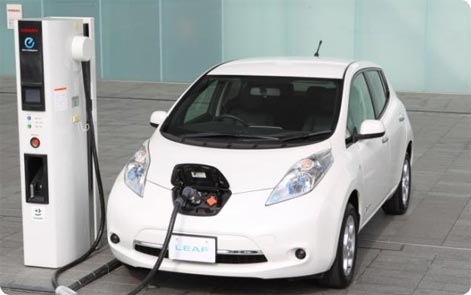 Nissan Leaf will be available for corporate rental in Denmark in a range of flexible one to thirty six months mini-lease deals. The estimated monthly cost of Nissan Leaf rental for Danish business customers is £387, including insurance, charging cables and unlimited mileage.

This fairly moderate price wouldn’t be possible without significant funding from the Danish Energy Agency (DEA), a governmental body which has been actively promoting the adoption of alternative energy and environment friendly solutions in Denmark.

One of the measures taken in order to encourage the use of electricity powered cars is the possibility to reclaim the VAT of the rental by business customers, not available for users of conventional vehicles.

Additionally, the DEA assigned funds for various electric cars related projects, amongst them improving the public charging infrastructure so it can meet the demands of increased electric usage.

Avis’s acquisition of Nissan Leaf will be a substantial part of the 1,400 electric vehicles which the DEA plans to introduce on Danish roads by the end of 2014.

Nissan Leaf Car of the Year 2011
The name of Nissan electric car, LEAF stands for “Leading, Environmental friendly, Affordable, Family car” does justice to many of this five-door hatchback qualities.

First introduced in the United States and Japan in 2010 soon gained popularity, being awarded the title of the Car of the Year in 2011 in Europe (as the first full electric car ever in the contest’s final). In 2014, Nissan Leaf was the best-selling electric car worldwide.

Apart from the zero CO2 emission (whilst driving), extremely low levels of engine noise and comfortable, fairly spacious interior, low running costs of Nissan Leaf were the most important features of the Japanese electric vehicle. The limited range and still patchy network of charging points were the obvious downsides.

The newest model of all-electric Nissan Leaf (2014) brought an increased battery range allowing to drive 100-120 miles with a single charge, which is in most cases perfectly sufficient for city driving. The range of Nissan Leaf, however, is affected by both high and low temperatures. In countries like Denmark, where rigorous  winters often bring temperature of 10-12 degrees Celsius below zero battery range limitation might one of the biggest drawbacks for environmentally aware drivers.

A user experience with Nissan Leaf.