Get quotes for Lisbon Aiprort car hire with Cartrawler Portugal

New regulations at the Portuguese airports of Lisbon, Porto and Faro, in force from 1 April 2015, are likely to raise the cost of car rental from off-site car rental companies. 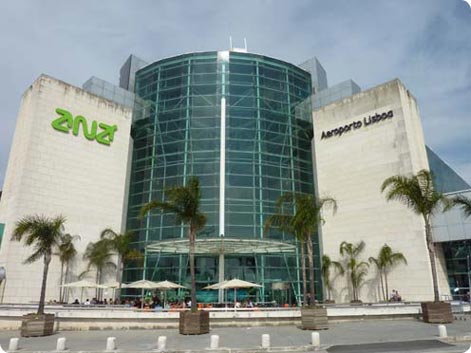 Airport charge Portugal – cheap car rental slightly more expensive
Unlike the rent-a-car operators who have offices in the airport terminals, the off-side providers, regarded as “low-cost” for frequently offering the most competitive rates, were charged only the usual airport parking fee for their vehicles placed for customer pickup at the airport by the Portuguese airport authorities.

From 1 April 2015, however, the Portuguese airport operator, ANA Aeroportos de Portugal requires off site car rental providers to pay a fee between €10 and €17 for each airport rental. This additional cost will surely translate into higher prices for car hire for the final consumer – which are the car rental customer in Faro Airport, Lisbon Airport and Porto Airport.

For years, the car rental providers established at the airport with counters in the arrival terminals have been subject to very high charges, which include not only office and parking space rental, but also an either fixed rate charge per rental or a percentage on the turnover.

The highly visible – and quite expensive prime location, in the arrivals hall of the terminal attracts usually only the biggest players of the car rental industry, who have no trouble complying with high standards of service and fleet requirements.

Cheap car rental is not necessarily low quality
The off-site car rental operators providing services at Portuguese airports work, in many cases, just as well as the established rent-a-car brands.

Many off site car rental companies have a long list of returning customers. The competitively priced rental cars are either delivered to the airport by the company representative on the customer’s arrival, or a shuttle bus is made available to transfer the customer to the rental location (low cost car rental providers use off site offices), usually in a short distance from the airport.

For many travellers, the competitive rate of car rental from an off-site provider at a Portuguese airport makes up for the inconvenience of a short transfer.

In more than a few cases, however, the customer of low-cost car rental companies complained about an unsatisfying quality of rental vehicles (for instance slightly damaged vehicles), shady policies and deficient customer care.

More visibility for off-site car rental companies – reason for car rental airport charge
According to ANA, the new regulations will help to improve the quality of the services offered by all the licensed car rental operators at Portuguese airports where, according to Luís Vaz, ANA’s Executive Board Member, “there is space for everybody”.

As the statistics show, in 2014, the volume of car rental operations at Portuguese airports increased by 7.6% compared to the year before. 508.000 car rental contracts were celebrated by the licensed car rental operators at the airports of continental Portugal, generating € 171 million revenue.

Important to add: in order to stop the off-site operators from “stealing” the walk-in customers of airport car rental companies (meaning the customers without a booking), the external car hire providers will be allowed to offer their services only to customers who booked in advance.

The new regulations apply to the three largest mainland Portugal airports in Lisbon, Porto and Faro. It is expected that, in the future, the new airport surcharge/airport charge for car rental will encompass the Portuguese airports of the Azores and Madeira.

When reviewing Cartrawler offers for car rental in Portugal, the information about the new airport fee for off-site rental companies is stated in the relevant section of “Rental conditions”. After booking, the airport fee is mentioned again in the voucher supplied by email to the customer.

If booking a car from one of the on-site providers such as Hertz, Avis, Sixt, Guerin or Europcar, no additional airport fee will be charged unless specifically stated in rental conditions.