Zadar Airportis located in the central area of the Adriatic Coast of Croatia. Many tourists arriving to Zadar opt for car hire as the ideal way of exploring this beautiful part of Croatia. 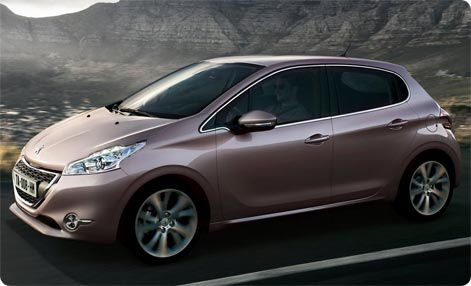 Zadar Airport - ZAD is within the top 5 busiest Croatian airports, together with Zagreb, Split, Dubrovnik and Pula airports. It is located approx. 7 miles south-east of Zadar city centre.

A large proportion of all operations at Zadar Airport are seasonal routes from the low-cost carrier Ryanair, which established its first Croatian base in this location in 2013. UK flights to Zadar are available from London-Stansted and Manchester (summer 2014).

The airport offers an easy access to the major roads in the area, including the coastal D8 state road, which is a part of the Adriatic Highway and the A1, the main motorway of Croatia, leading to the capital, Zagreb.

In the low-season it is usually possible rent a car from the most popular VW Golf class (which can often be also a Ford Focus, a Hyundai i30, a Citroen C4, a Renault Megane, or similar) from approx. £90-100 for a week of Zadar Airport car hire.

As the summer season approaches and the tourists arrive to the beach resorts of the Croatian Adriatic coast, the prices of car rental in Zadar increase considerably.

In July and August, the cheapest hire cars to be picked up at Zadar Airport, rarely ever cost less than £220-250 for a 7-days rental period of a small city car, usually VW Up, a Chevrolet Spark, a Renault Twingo, or similar.

In order to avoid the most inflated prices, it is advisable to book car hire Croatia well in advance and preferably avoiding the peak tourist season. The mild climate of Croatian coast usually allows holiday since April till late September. Read more about Zadar climate further below. It also pays off to compare rates from many providers before booking.

Internet search engines of car hire, amongst them Cartrawler on www.find-cheap-car-hire.co.uk are a quick and efficient tool for comparing prices from many car rental companies at the destination of your choice, also at Zadar Airport.

Minibus hire in Croatia
A hire minibus with room for up to 9 people is, sometimes, the cheapest option for a family or a larger group of tourists travelling to Croatia on holiday.

Although smaller MPV’s, such as a VW Touran for up to 7 people (5+2 type) and a limited amount of luggage, as well as full-size MPV, for example a VW Sharan or Ford Galaxy, are widely available in Zadar Airport, usually there is no major difference in price between this type of vehicles and much more spacious minibuses to rent in Zadar.

In 2014, the most popular models of hire minibuses at Zadar Airport were Opel Vivaro 9-seater, VW Caravelle.  Outside the high season the cheapest minibuses to hire from Zadar Airport can sometimes be found with prices starting from around £420 for a week.

The excess (self risk) in Croatia car hire offers varies, usually from £400 to 600 for the smallest cars, being substantially higher for the larger (and more expensive) vehicles. If you would rather eliminate self risk in case of an accident, it is possible to choose from a variety of excess insurance products, either at the desk of a car hire company, or during the booking on www.find-cheap-car-hire.co.uk. The Allianz Global Assistance excess insurance, offered in the step 2 of the booking process, has usually better coverage and more competitive price than similar products purchased directly from the car hire companies.

Zadar in Croatia
With 75,000 permanent residents Zadar is one of the larger cities and a popular tourist destination of the Dalmatia region in southern Croatia.

Apart from a splendid coastal location, with access to many beautiful beaches of the Adriatic, Zadar offers also a range of cultural attractions. Amongst them is a rich and puzzling historic heritage of a city which in the over 1000 years of its turbulent history has been influenced by many powers, amongst them the Roman, Byzantine and Ottoman Empires, the city-states of Venice and Naples and later on Austria-Hungary, France, Germany and Yugoslavia.

The oldest quarter of Zadar and the city’s most valuable historic sight are located on a peninsula (known in Croatian as poluotok), surrounded from three sides by the Adriatic.

One of the popular attractions of Zadar is the sea organ - a set of tubes emitting random sounds generated by the strengths of waves. Known in Croatian as Morske orgulje it is the world’s first instrument “playing” the sea music:

Ferries from Zadar
A large number of ferry connections is available from Zadar port to the nearby Croatian islands, as well as to Ancona, in Italy. See map of major ferry routes from Zadar.

You can consult prices of Zadar ferry on the website of the popular ferry operator JADROLINIJA (available in English).

Many offers of Zadar car hire available at the airport or in the city centre allow driving a Croatian rental car in Italy. However, you if you are planning to take a ferry from Zadar to Ancona, you should always confirm beforehand if Italy is an allowed country for cross-border travels. This information can be found in ‘Rental conditions’ of each car hire offer displayed by Cartrawler search engine.

If you opt for taking out an additional excess insurance for a Zadar hire car, please, be aware that the insurance not always covers the ferry trip.

Zadar climate - good weather from May
The climate of Zadar, much like of other popular locations on the Dalmatian coast, is a combination of humid tropical and Mediterranean climates. The summers in Zadar are usually very hot and humid, and winters - mild, yet rainy.

Click on the link to find more information about Zadar weather (including temperatures and rainfall).

Day trips from Zadar
The old town (Poluotok) of Zadar offers enough attractions to fill a day or two of sightseeing.

With a Zadar hire car at your disposal, however, you can visit many of interesting places in a short drive from Zadar. Do not miss out on the national parks of Paklenica, Plitvice Lakes, Northern Velebit (UNESCO Biosphere Reserve), Krka (famous for its waterfalls) and Kornati (located on an island).