Rent a car at the third busiest airport of New Zealand. Cartrawler search engine of car hire will help you find the most competitive rates of Wellington Airport car rental. 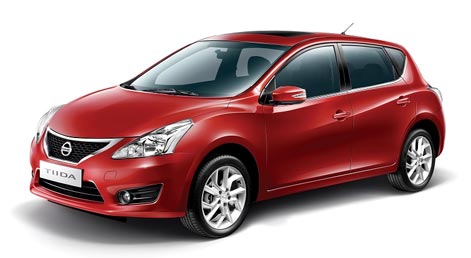 Wellington Airport – WLG is located approximately 3 miles south-east of New Zealand’s capital, in the neighbourhood known as  Rongotai (at the southern tip of the North Island).

The airports has the particularity of having its runway situated on an isthmus between Wellington and the Miramar Peninsula. This location makes it very challenging to implement any development works at – WGL. Due to the growing demand for routes in the Asia/Pacific region, however,  the airport activities elaborated a plan to extend the runway in order to be able to accommodate long-haul flights.

International routes are available to Australian airports – Melbourne, Sidney and Gold Coast, Brisbane, and from September 2016, also to Canberra and Singapore.

Air New Zealand is the main airline at Wellington Airport. Amongst other carriers are Qantas, Jetstar Airways, Sounds Air and Virgin Australia.

Wellington Airport has a single passenger terminal, known as ‘The Rock’ due to its original design.

Car rental from Wellington Airport
The airport is located by the State Highway 1, the major road of the North Island. See the network of state highways on North Island.

When booking Wellington Airport hire car through Cartrawler search engine you are very likely to obtain more competitive rates than by hiring directly from the car rental company.

Outside the high season, which in New Zealand falls during the warmest months between December and March, the cheapest Wellington Airport hire cars are often found with prices from around a £100 for a week. Car available at this price level are usually in economy/compact class.

In the high season, a considerable increase of prices is to be expected, especially, if the booking is placed on a short notice.

Related article: List of coutries with Left Hand Side driving - where do you drive on the left side of the road?

Minibus rental Wellington Airport – up to 12 people
For large group of travellers, minivan or minibus rental is often the cheapest solution. In New Zealand, much like in the United States, large minibuses, with space for up to 12 people can be rented, requiring only a standard driver’s licence. The cost of the cheapest minibus is often lower than the price for two standard passenger cars, allowing you to take 11 passengers on board.

A Toyota Commuter 12-seater is one of the largest busses to rent at Wellington Airport. Toyota Hiace offers capacity for 11 people although classic 9-seater minibuses are available too. 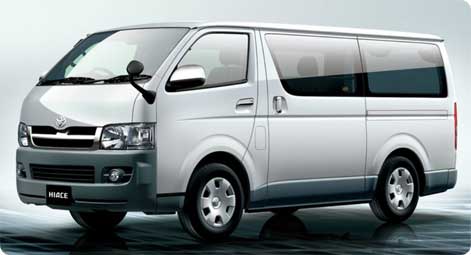 Toyota Hiace 11-seater, in the fleet of Thrifty Car Rental at Wellington Airport