Vagar Airport – flights to the Faroe Islands and transport by bus, taxi or rental car on to Torshavn

The only airport of the Faroe Islands is Vagar Airport; it is also the most important transport connection to the outside world for the largely independent (from Denmark) archipelago in the Atlantic. 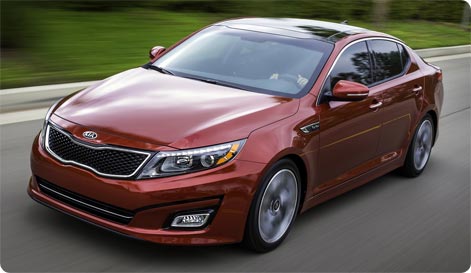 Torshavn is by far the largest city on the Faroe Islands with 20,000 inhabitants, if the suburbs are counted in. The distance from Vagar Airport to Torshavn is approximately 46 km (28.5 miles) and can be covered in approx. 40 minutes by car.

In the past the area of Hoyvik would have been considered as one of the large cities of the Faroe Islands, but over the years, it has gradually grown into being a part of Torshavn. Hoyvik’s own population is approx. 3,800 inhabitants.

The same goes for Argir, now a district of Torshavn, with a population of approx. 2,000 inhabitants.

Vagar Airport location
Landing at the Faroe Islands airport is known to be a challenging task for the pilots – partially because the airport is sheltered by rocks and partially because the runway, with its 1,799 meters (1.1 miles) in length is quite short (although significantly longer than the 1,230 meters (0.76 miles), which was the length of the runway before the extension in 2011).

In addition, the weather of the Faroe Islands is often influenced by the changeable conditions in the North Atlantic, which can contribute to making the approach to Vagar Airport difficult.

Vagar Airport was built by the British during the Second World War; the somewhat secluded location was supposed to make it impossible for the Germans to bomb the airport.

Difficult landings
Apart from Vagar Airport, there are several more airports equally difficult to land at (pilots would usually use the term “interesting”).

Among the most interesting airports the following can be mentioned: Innsbruck Airport and Salzburg airports in Austria, the island airports of Skiathos and Samos in Greece, the Norwegian airports Alta and Kirkeness (northern Norway), London City Airport (because of tall buildings in the London area), Lugano Airport in Switzerland and Funchal Airport on Madeira, which is built close to rocks with a ramp to extend the runway over the ocean.

In fact, 99% of the departures and arrivals are on time on the Faroe Islands (Vagar Island).

This impressive statistics is mainly due to the improved conditions and technical upgrades carried out after the extension of the runway. If an arrival must be canceled because due to the weather conditions, there is not much else to do than divert to Bergen in Norway or, if necessary, return to the airport of origin.

The airport on the Faroe Islands is located on the islands of Vagar. There is a tunnel connection to Strømø (meaning the island of currents)

Shuttlebus to Torshavn
There are shuttlebuses between Vagar Airport and Torshavn, but many choose to rent a car in Vagar Airport in order to explore the incredible Faroese nature independently.

A trip by taxi to Torshavn costs approximately 200 DKK (€27/£19). It is also possible to book a shuttlebus/transfer from the Vagar Airport to either Torshavn, Klaksvik or another location on the Faroe Islands. Typically, a flat rate per person applies and sometimes there is a requirement of at least 2-3 people on the bus.

In this article, we have used the Danish terms for the Faroese islands. Strømø is normally called Streymoy on the Faroe Islands, Østerø is called Eysturoy and Vagar/Vágar is also called Vågø in Danish or Vágoy in Faroese.