Rent a car at Vagar Airport in the Faroe Islands and tour the archipelago at your own pace.

Faroe Islands are known for unique unspoiled nature and dazzling landscapes. With a hire car at your disposal you can visit most of the interesting locations of Faroe Islands even during a short stay. 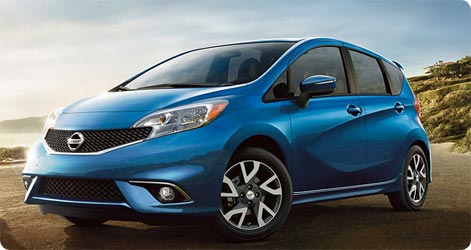 Vagar Airport is the only airport of Faroe Islands and by such the location offering the largest choice of car hire services in Faroe.

Car rental companies Faroe Islands airport
Vagar Airport is served by several international car rental brands, amongst them Europcar, Avis Rent A Car and Sixt as well as by the Faroese company Unicar.

Car hire not cheap in Vagar Airport
Prices of car hire in Faroe Islands are rather steep, when compared to car rental rates in mainland Europe, even in the expensive Scandinavian countries, Norway, Denmark and Sweden.

Not much savings can be done by booking the smallest cars. Prices of the cheapest car at Vagar Airport often start from approx. £300 for a 7-days rental of a Nissan Micra, a Suzuki Swift or a similar car in the economy class. On the positive side, usually there is not much difference in price to larger and more comfortable cars to rent in Vagar. Often a large Peugeot 508 (or similar in standard/intermediate class) is only slightly more expensive.

It is highly recommendable to compare prices of from several providers of Faroe Islands before booking as there may be significant differences in price within the same rental class. For a quick yet comprehensive comparison of Vagar airport rent a car offers, use internet search engines of car hire, for example Cartrawler, which provides you with a listing of all car hire deals from all major suppliers and allow an online booking well ahead of your arrival to the Faroe Islands.

About Faroe Islands
The autonomous territory within the Kingdom of Denmark, Faroe Islands are an archipelago located half way between Norway and Islands and roughly at the border of the Northern Atlantic Ocean and the Norwegian Sea. See location of Faroe Islands on a map.

The archipelago consists of 18 major islands and a number of small inhabited islets. The larger of Faroe Islands are (west to east): Vagar, where the airport is located, Streymoy – home to Faroe Islands’ capital Torshavn, Eysturoy and Bordoy.

There are approximately 50 000 inhabitants on the total Faroe Islands’ area of 540 sqm. The currency is the Faroes krone, a local version of the Danish krone (DKK). The official language is Faroese. Danish is taught in schools and commonly spoken; so is English.

The name of the archipelago translates as “The Sheep Islands” – sheep-rearing has long been an important occupation for the Faroese.

Tourist attractions Faroe Islands
For nature lovers Faroe Islands are a very appealing tourist destination offering mesmerising locations for outdoor activities as birdwatching, fishing and hiking in secluded trails or along the rugged cliff coast. The islands are known for the peculiar rock formations and caves.

The islands, despite the isolated location, have quite an interesting story to tell, dating back to the 5th century when Irish monks first settled in the “Paradise of Sheep and Birds”, as the islands were described. Archaeological sites, as well as historic monuments from the consequent Norwegian and then, Danish ruling can be found all across the archipelago.

Faroe Islands boast quite an animated night life. A number of bars and clubs can be found in the archipelago’s major towns: Torshavn, Klaksvik, Hoyvik, Argir and Vagar, amongst others. A curious fact: due to the geographical location – just south of the Arctic Circle – in the period between May 21 and July 21, the nights in Faroe Islands do not get completely dark and it is possible to get a glimpse of the sun, even after midnight. During those nights it is normal for the “night life” and festive atmosphere to spill out of the bars to the town streets.

The major of the Faroe Islands are interconnected:

the Streymoy and Eysturoy are linked by a bridge (the Channel Bridge, known locally as Sundabrugvin)

the Vagar and Streymoy islands are linked by a sub-sea tunnel and so are the islands of Bordoy and Eysturoy.

In Faroe Islands driving is on the right. Headlights are compulsory all year long. The permitted alcohol level is 0,05%. 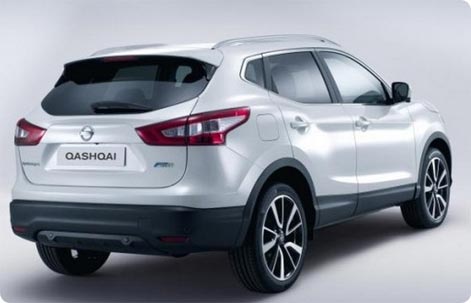 Nissan Qashqai available to rent from for exampe Sixt at Vagar Airport in Faroe Islands, also in 5+2 version.

The best time to visit Faroe Islands is in June, July and August when the temperatures are the highest. Please note that weather is very changeable in Faroe Islands, easily going from bright sunshine to a storm. It is also windy and moist throughout the year – for outdoor activities make sure to be equipped with waterproof hiking gear at all times.

Fly to Faroe Islands – Vagar Airport airlines and destinations
The major airline at Vagar Airport, the Atlantic Airways, provides year-round routes to Vagar from Copenhagen, Billund, Reykjavik and Bergen. In the summer season it is also possible to fly to Vagar Airport from London-Stansted, Milan-Malpensa, Barcelona and Aalborg.

Vagar Airport (FAE), locally referred to as Vága Floghavn (or Vágar Lufthavn, in Danish) is located in the south of Vagar Islands, approx. a mile away from Sorvagur, the largest village on the island.