Rent a car at the largest airport of Canada.

Toronto Lester B. Pearson International Airport – YYZ, named in honour of the Canadian statesman and Nobel Prize laureate, is located approximately 12 miles west of Toronto city centre. A large part of the airport grounds is adjacent to the city of Mississauga. 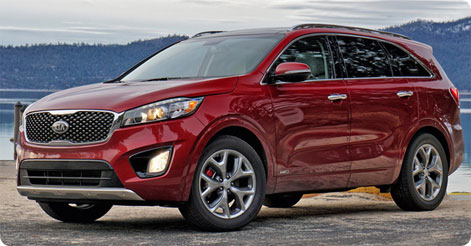 A well-developed road infrastructure allows an easy access from the airport to many towns and cities in the Golden Horseshoe area – an important industrial and economic region at the western end of Lake Ontario, which includes Hamilton, Burlington, Brampton, Milton and Niagara Falls, amongst other cities.

Toronto-Pearson Airport which in 2015 served over 40 million passenger is one of the eight Canadian airports equipped in US border preclearance facilities.

It is also possible to rent a car from off-site car rental companies at Pearson Airport. ACE Rent A Car, Discount Car and Truck Rentals, E-Z Trans Canada Car Rental, Roadstar/Fox Rent A Car, Routes Car and Truck Rental, Payless, Track Car Rental, Peel and Zoom Rent A Car are just some of the companies operating from rental stations located in the area of Viscount Station, which is a stop of the LINK train (Toronto-Pearson’s automated people mover).

There are two terminals at Toronto’s main airport: Terminal 1 and Terminal 3. In order to get from Terminal 1 to Viscount Station, head to the LINK stop on the Level 5 of the parking area. In Terminal 3, the people mover stops on the Level 3.

Book Toronto car rental online
Internet search engines, such as Cartrawler, are an efficient tool allowing to find the best Toronto Airport car rental deals and to book the car in advance. Through partnership with many different rent-a-car providers, Cartrawler is often able to offer more advantageous rates and rental conditions than those available directly at the desks of rent-a-car companies.

Outside the peak season, it is often possible to find the cheapest rental cars at Toronto Airport priced from around £150 for a week, in economy class (Chevrolet Aveo, Nissan Sentra, Toyota Yaris or similar). Smaller cars, in the ever so popular in Europe mini class, are rare in the fleet of car rental companies in Canada.

In the summer months, when the influx of tourists to Canada is the highest, it is expected that the price of car hire is slightly higher, usually from around £170, for the cheapest cars.

When searching for Toronto Airport car rental on Cartrawler, you will often notice that there is a fairly small difference in price between economy cars and the superior classes. Offers of very competitive deals on vehicles as Pontiac G6 or Chrysler 300 to rent in Canada are not unseen on Cartrawler.

Hiring a car in Canada – compare rental conditions
Canada is a country of large distances and mileage restrictions in car hire are quite common here. Comparing carefully mileage policies of different offers may result in considerable savings if you are planning to travel far in your rental car. Information about mileage cap (if applies) - as well as other aspects of rental condition which may weight on the final cost of the rental - is included in the description of each offer.

Do take time to read rental conditions, as they may differ considerably between different suppliers.

Also, and especially when renting a car in superior classes, you may often find interesting bonuses, such as a free GPS, a free tank of fuel (some offer don’t require refuelling before drop off) or zero excess included in the price.