Tampa International Airport (TPA) is located in the American state of Florida, approx. 6 miles west of Tampa city centre. Although it ranks only fourth between Florida’s busiest airports (after Miami, Orlando and Fort Lauderdale), Tampa Airport is often referred to as one of the best airports on the national level. For travellers in need of a rental car in Florida, Tampa International Airport is a convenient stop, being one of the largest car rental markets in the United States.

Take advantage of the vast selection of car rental opportunities at Tampa Airport to travel independently in Florida. Cartrawler search engine of car hire will help you find the cheapest car rental deals in Tampa Airport and carry a safe and easy online booking. 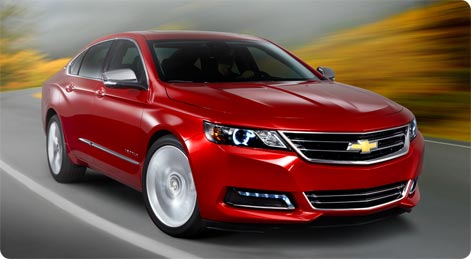 Rental car counters and the courtesy shuttle buses in the colour-coded Tampa Airport are located across the walkways from the Red and the Blue Baggage Claim Area.

Tampa Airport Consolidated Rental Car Facility
According to Tampa International Airport expansion plan, already in motion, a new consolidated multilevel (and multi-million) car rental facility will be built south of the main terminal, connected to it by an automated people’s mover:

Tampa Airport – large rental cars for small money
The best car rental deals in Tampa Airport can hardly ever be found in the lowest rental classes. America likes large vehicles and the bigger does not necessarily mean more expensive here.

In Tampa Airport it is usually possible to rent an intermediate class car, such as a Dodge Avenger, a Chrysler 200 or a Chevrolet Impala, from approx. £140 for a week, with unlimited mileage and insurance included. Please note that in Florida car rental, much like in the rest of the United States, zero excess is quite common.

The prices of 7-seaters, such as Dodge Caravan, a Chrysler Town and Country or a similar minivan to rent from Tampa Airport are also more appealing compared to the European standards, starting often from around £190-200 for a 7 days rental period.

Tampa Airport terminals
Apart from ranking high in customer satisfaction and passenger friendliness, Tampa Airport is an important reference in the airport industry for having employed many revolutionary (at the time) solutions. The characteristic design with a single main terminal and several satellite airsides is one of them. The driver-less train system to connect different parts of the airport, used for the first time in Tampa Airport is another. Tampa Airport people’s mover is often referred to as ‘shuttle’ or ‘tram’.

Finding your way at Tampa Airport is fairly easy as this airport uses a colour-coding system. All of the airlines at Tampa Airport are marked either blue or red and so are the relevant sections of the airport: baggage claim area or the trams of the people’s mover connecting the terminal with the airsides.

Flights to Tampa, Florida
Apart from a comprehensive selection of domestic flights, Tampa Airport offers non-stop services to Canada, Mexico, Panama, as well as a few European routes, amongst them: to London-Gatwick (with British Airways), Zurich (with Edelweiss Air) and, from September 2015 also to Frankfurt (with Lufthansa).

Southwest Airlines is the largest carrier at Tampa Airport.