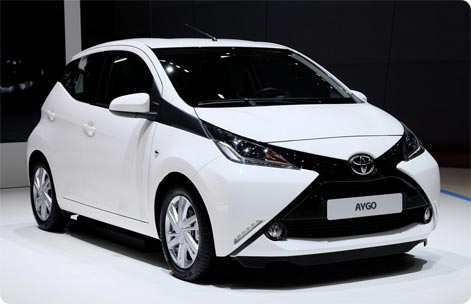 Ever since welcoming the budget carrier Ryanair in 2005, Rzeszow Airport - RZE has been on the rise: the airport features the second-longest runway in Poland (meaning the potential to receive larger aircrafts) and its modern terminal and airport facilities have been repeatedly awarded prizes and recognition as ‘passenger-friendly’.

Low-cost routes to and from Rzeszow Airport are very popular amongst the emigrant Polish community living and working abroad, mostly in the UK.

Rzeszow is pronounced as zhe-shoof and spelled in Polish as Rzeszów.

A very convenient way of finding and booking a rental car in Rzeszow, be it at the airport, in Rzeszow city centre or at the railway station, is by using the Cartrawler internet search engine of car hire. Cartrawler displays offers from many different car hire companies, allowing you to compare prices and rental conditions before booking.

The offers of Rzeszow Airport car hire usually start from around £150-160 for a 7 days rental of a small city car, such as a VW Up, or similar. Much better deals can frequently be made when renting a larger and more comfortable vehicle of the standard/intermediate class, as for example a Toyota Avensis, or similar, which can be sometimes found at Rzeszow Airport with prices starting from approximately £ 260 for a week.

Compare prices of car hire in Rzeszow Airport with Cartrawler

Rent a car from Rzeszow Airport - location and major roads
Rzeszow Airport is located approx. 6 miles north of Rzeszow city centre, in the village of Jesionka, after which the airport takes its official name: Port lotniczy Rzeszów-Jesionka (in Polish).

Although the eastern and south-eastern Poland is known for a still rather deficient road network, Rzeszow definitely benefits from the convenient location near important routes: national roads 9 (Rzeszow-Radom) and 19 (Rzeszow-Lublin) and the A4 motorway - a part of the European Route E40.

By taking A4 from Rzeszow, it is possible to quickly and comfortably drive to Tarnow, Krakow, Katowice or Wroclaw in the west and to the Medyka border crossing with Ukraine in the east. The N9 (national road) will take you from Rzeszow to the border with Slovakia in less than two hours.

When thinking of travelling across the Polish borders in a hire car from Rzeszow Airport, always check before what is the applicable cross-border travel policy. This information can be found under ‘Rental Conditions’ of each offer available on Cartrawler.

Ryanair’s cheap flights to Rzeszow are available from the UK (with departures from London-Stansted, London-Luton, Birmingham, Bristol, Glasgow-Prestwick, East Midlands and Manchester), as well as from Norway (Oslo-Rygge), Ireland (Dublin), Sapin (Barcelona-Giron) and Italy (Trapani-Sicily).

On domestic routes, Rzeszow Airport is connected to Warsaw-Chopin and Gdansk.

Rzeszow tourist attraction - Jewish history in Rzeszow
For centuries Rzeszow belonged to the noble family of Lubomirski and one of most important city’s landmarks, the Lubomirski Castle and Lubomirski summer palace, from the 18th century.

Rzeszow’s history is intimately entwined with the history of Jews in Poland. In the past the city was home to one of the biggest Jewish communities in Poland, being referred to by some historians as Little Jerusalem. Today, the traces of the importance of Jewish culture, trade and education thriving once in Rzeszow can be seen in the most important Jewish monuments of the city: the two synagogues, visited by Jews from all over the world and the Jewish cemetery.

Having a rental car at your disposal during the visit in Rzeszow, do take time to drive to Lancut (Łańcut), some 11 miles east of the city, where you can visit the remarkable Lancut Castle.

If you are interested in Jewish history, there is a synagogue and a Jewish cemetery in Lancut.