Located on the Arctic Circle, in the province of Lapland, Rovaniemi Airport is the main gateway to one of Finland’s most popular attractions: the Santa Claus Village and the Santa Park.

See the highlights of Rovaniemi and the Santa Clause Village:

The distance from Rovaniemi Airport to Santa Claus Village theme park is just over a mile. The chance to meet Santa Clause, visit his post office and elf workshop, try a reindeer sleigh ride or snack on gingerbread from Santa’s kitchen attract visitors from all over the world, both children and adults who keep their inner child alive.

Rovaniemi Airport, the fifth busiest in Finland, operates primarily in the winter season .

Public transportation Rovaniemi Airport
A few convenient public transportation links are available from Rovaniemi Airport to the city centre, to major hotels in Rovaniemi, as well as to Santa Claus Village and Santa Park. A dedicated bus service, the so called skibus connects the airport to the Pyha-Luosto ski resort located in the heart of a national park.

During the time of the scheduled flights taxis can be requested at the taxi stand in front of the terminal.

Rovaniemi Airport car rental
A rental car is a popular alternative for transportation in northern Finland where, outside the major urban areas, public transport is scarce. Directly at the airport you will find several rent-a-car providers, including both international brands, such a as Avis, Budget, Europcar, Hertz and Sixt, and the local providers Scandia Rent and Firent.

It is highly recommendable to pre-book car rental from Rovaniemi Airport. Given the seasonality of the tourist industry in Rovaniemi, the fleet of rent a car companies in this location is fairly limited. During the time of the largest influx of tourists to the town renting a car on arrival may often not be possible and will almost always result in inflated prices.

Internet search engines, such as Cartrawler Finland, are a useful tool for or a quick and exhaustive comparison of available offers.

The cheapest rental cars at Rovaniemi Airport, even when booked  a few weeks in advance will typically cost from about £180-200 for a week.

Citroen C1, Ford Ka, VW Up and Skoda Citigo are usually amongst the most common cheap and small city cars available to rent in Rovaniemi. Cheap, not at all practical, though, if you are travelling to Finland to see Santa Clause with your family or if you are coming for a ski holiday. Most local car rental suppliers have a selection of large family cars, minivans and station wagons to accommodate large luggage or ski equipment. In this segment, however, expect much higher prices. 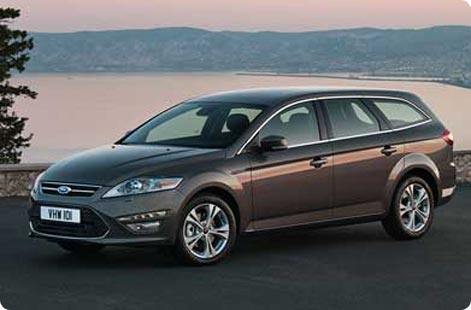 Ford Mondeo Estate provides room for 5 people and a considerable amount of luggage. Ski racks can be ordered with all  car rental companies in Rovaniemi.

Be prepared to spend at least £350 per week on a rental estate car in Finland and around £500 for the cheapest minivan, as for example an Opel Zafira.

Flights to Rovaniemi
With the exception of Finnair’s and Norwegian’s year round services to Helsinki, all flights at Roveniemi Airport are seasonal, available only between late November and mid-January. Amongst major airlines offering flights to Rovaniemi are the charter carriers Thomas Cook Airlines and Thomson Airways, Aer Lingus, Norwegian Air Shuttle, Finnair and Transavia.