Rijeka Airport, together with Pula Airport, is one of the major gateways to the northern Croatian coast. The airport serves primarily seasonal flights on both domestic and international routes. Condor, Germanwings, Ryanair and Norwegian are the main carriers in this location connecting Rijeka to northern Europe. Flights from the UK to Rijeka are available with Croatian Airlines (from London Heathrow) and Ryanair (from London-Stansted).

If you are arriving to Croatia via Rijeka Airport, consider car hire as an inexpensive and convenient solution for traveling independently during your holiday. 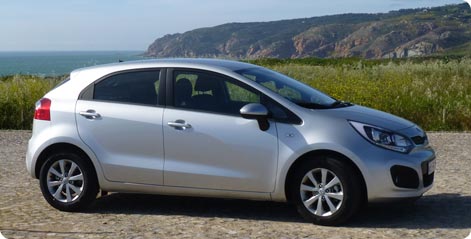 The most competitive car rental deals can often be found through internet search engines, such as Cartrawler, which partners with all major car hire providers at Rijeka Airport.

Rent a car companies at Rijeka Airport
Hertz, Avis, Europcar, Sixt and Dollar are the main international brands operating at Rijeka Airport. Do not overlook however the local, Croatian companies, such as Fleet Rent A Car, Last Minute Rent A Car or Oryx Car Rental, as they often offer attractive rates and rental conditions.

When searching for cheap car hire in Rijeka Airport on Cartrawler you may also come across offers from Uniline provider. Uniline is a major Croatian tour operator and a franchise owner of Europcar in Croatia.

Zracna Luka Rijeka – airport on an island
Known in Croatia as Zracna Luka Rijeka, the Rijeka Airport is located on the KRK Island in the Kvarner Bay, approx. 13 miles southeast from Rijeka city centre. A tolled, nearly 1.5 km long bridge connects the airport to the mainland. The bridge is nowadays known as Krk Bridge (Krcki most in Croatian); the former name, Tito’s Bridge was abandoned after the collapse of Yugoslavia. Please note, that the toll (in 2015 - 35 kuna/approx. £3.2) is payable only when crossing from the mainland to Krk island. See Rijeka Airport location map.

About Rijeka
Rijeka is Croatia’s largest maritime port and one of the most important deep water ports of the Adriatic. Thanks to its strategic location in the region, Rijeka was strongly disputed in the past by Hungary and Italy and especially the Italian influence remains still very strong in this corner of Croatia. The name Rijeka means “river” in Croatian and the corresponding word in Italian, Fiume, is still often used when referring to the city. Between 1920 and 1924 the city and the surrounding rural areas enjoyed a status of an independent free state, as a Free City of Fiume.

Although traditionally port and shipyard activity was the main pillar of Rijeka’s economy, thanks to the superb natural settings in the Kvarner Bay and mild climate, nowadays tourism is thriving in Rijeka too. The city’s attractions, apart from beach and watersports activities, include also a varied historical heritage, museums, restaurants and vibrant nightlife.

Get a glimpse of Rijeka attractions: