The major international gateway to Cyprus is Larnaca Airport - LCA. It is located on the southeastern coast of the island, around 3 miles south of the city of Larnaca (or Larnaka).  Paphos Airport on the southwestern coast is the other airport serving the island. See Cyprus airports location map.

With a large selection of car hire providers, and therefore also more competitive prices,  Larnaca Airport is also one of the best places to rent a car upon your arrival to Cyprus. 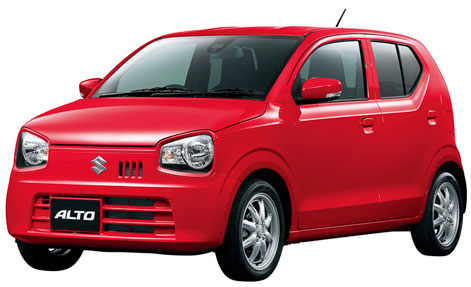 The competitive rates, however, often justify opting for car rental from an off-site provider. A number of them has offices located in a short drive distance from the airport, offering transportation in a free shuttle bus. This is the case of suppliers as Enterprise Rent A Car, Flizzr, Dollar, Alamo and KEM Rental Cars.

It is also possible to rent cars at Larnaca Airpor from Sur Price, a franchise network based in Greece.

Cartrawler Cyprus – cheap car rental online
An efficient way to find out the most competitive Cyprus car hire deals is through Cartrawler search engine, which partners with many rent-a-car companies operating on the island. A single search on Cartrawler allows you to see a comprehensive list of available offers, often at rates considerably lower than directly at the desk of car hire companies.

Outside peak season it is often possible to rent the cheapest cars at Larnaca Airport from about £50 for a week rental of a Suzuki Alto, a Kia Picanto, a Citroen C1 or similar.

For those looking for something more than just an inexpensive runaround, Cartrawler offers a wide choice of rental makes and models in classes ranging from economy to premium vehicles. Special cars, such as SUV, minivans, minibuses and convertibles are also available on Cartrawler. 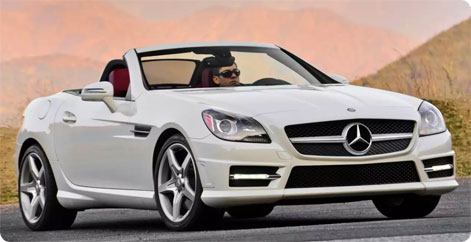 A convertible is a great way of enjoying the great weather in Cyprus.

About the airport
Larnaca Airport was opened in 1975, having only a basic infrastructures.  It soon , however, developed into a major hub, due to the tourist boom on Cyprus. The geographical location between Europe, Africa and Middle East also contributed to the rapid development of the airport which in early 2017 is used by over 60 airlines, offering a vast choice of routes to Europe and Russia.

Larnaca Airport (as well as Paphos Airport) is run by the French consortium Hermes Airports under a 25 year concession agreement from the Republic of Cyprus.
The airport has a single, fairly recent main terminal, inaugurated in 2009, with capacity for up to 7.5 million passenger year. A small VIP terminal is used for official head of state visits and private aviation.

The departures are located at the upper level of the Larnaca Airport terminal, while arrivals are on the ground level.

UK flights to Larnaca
Cyprus is an extremely popular destination for sun-craving holidaymakers from the UK, which reflects in Larnaca Airport route map. Flights to Larnaca are available from most major UK airports, such as: London (Heathrow, Stansted, Luton and Gatwick), Glasgow, Manchester, Liverpool, Birmingham, Edinburgh and Leeds/Bradford.

Larnaca – tourist destination
Larnaca is the third largest city of Cyprus, after Nicosia and Limassol and one of the most important tourist resorts.

Apart from the great coastal location and reliable weather, the city offers an array of cultural attractions and archaeological sites.

For active holidaymakers a number of outdoor activities is available in Larnaca, amongst them scuba diving (Larnaca is considered one of the best diving location in Cyprus), beach sports, boat trips, jeep safaris and cycling.

Last but not least, the great food and the hospitality of the locals are surely an important factor to contribute to the popularity of Larnaca amongst the visitors.