Cagliari Airport -CAG is the busiest of the three international airports serving the Italian island of Sardinia. As the first stop for many tourists visiting Sardinia every year, Cagliari Airport is a convenient place to rent a car on the island. Several companies provide services at the airport and prices are often more competitive than at the other two airports of Sardinia, Alghero and Olbia. 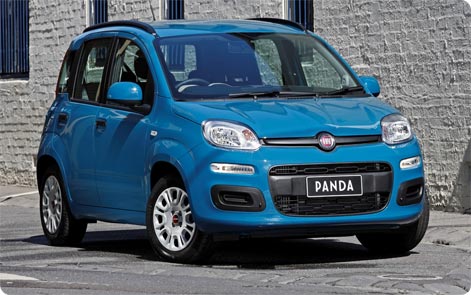 Located in the Elmas municipality, some 5 miles northwest of Sardinia’s capital, Cagliari Airport is often referred to as ‘Elmas Airport’. Locals will also refer to it as ‘Aeroporto Mario Mameli’. Mameli was a pioneer Italian pilot and a hero of the Italo-Abissinian War.

Cagliari Airport has a single, multi-level terminal, with arrivals on the ground floor, departures on the first floor and office area at the top floor. Upgraded in 2003, the terminal of Cagliari Airport has the capacity to serve 4 million passengers per year.

Cagliari Airport car hire – cheap off-season
Please note that there is a considerable difference in price of Sardinia Airport car hire, depending on the season. During the peak season, in July and August you can usually expect rates for the cheapest Sardinia rental cars to start from around £190-200 for a week car hire of a small city car, such as Fiat Panda, Fiat 500, VW Up!, Peugeot 107, or similar.

In late spring, however, for example in May, when the temperatures in Sardinia are already very pleasant, the same type of the car is often available to rent at Cagliari Airport from as little, as £50 for a week.

Lower off-season rates apply also in other classes of cars for hire at Cagliari Airport. The price of one week rental of a large car as for example Ford Focus Estate with the pick-up at Cagliari Airport in May will usually start from approx. £100, while in July or August, you should be prepared to pay at least £250 for the same vehicle.

UK flights to Cagliari
A large majority of flights available to Sardinia Cagliari Airport are seasonal. British Airways and Meridiana offer seasonal, direct routes to Cagliari from London-Gatwick. Year-round routes from London-Stansted to Cagliari are available from Easyjet.