In the middle of France is the Auvergne region, which consists of four departments; Allier, Puy de Dome, Cantal and Haute Loire - Clermont-Ferrand is part of Puy de Dome. 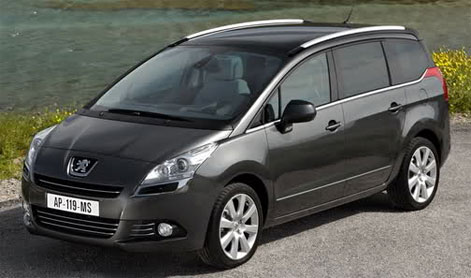 Puy de Dome is named after the youngest volcano in the Chaînes des Puys - a chain of volcanos. The volcano Puy de Dome is 6 miles (10 km) from Clermont-Ferrand, and attracts approximately 500,000 tourists, and is a well-known centre for paragliding.

Airlines and Destinations - Clermont-Ferrand
The airport serves roughly 415,000 passengers a year and has 10 destinations to offer flights to. The last 15 years have been rough on the airport - back in 2002, there were approximately 1 million passengers coming through the airport and they offered 30 destinations.

The destinations of today are Ajaccio and Bastia on Corsica, Paris - Orly and Charles de Gaulle, Amsterdam, Lyon, Figari, Porto, Nice and London. That means only Amsterdam, Porto and London are international flights - the rest of the destinations are domestic flights.

The Airlines operating from Clermont-Ferrand are Air Corsica, Air France, Hex Air, HOP! and Ryanair. Last-mentioned airline has the flights to Porto due to the large Portuguese community in the area of the airport.

The providers offer many different types of cars - everything from small city cars to MPVs/Minivans or premium cars.

Public transportation is also available from the airport. Bus 20 of the T2C network stops at the airport. Line number 20 drives to and from the Clermont-Ferrand city centre every day of the week.

You will find the train station 5 minutes from the airport. It is connected to the terminal by a footpath.

What do see in Clermont-Ferrand
The Auvergne region (nature) is (very dominant. Therefore it has been) a centre for many outdoor activities such as hot air ballooning, paragliding, trekking, canoeing, rafting or fishing.

The wide nature is ideal for discovery and adventure, making it a land of freedom for many with its wide plains, mountains and many rivers and streams.

Besides from a breath-taking nature, Clermont-Ferrand is the home of tire giant Michelin, and also the host of the second largest film festival in France, just after Cannes.

Clermont-Ferrand is also home for many beautiful buildings such as the Cathedral Notre-Dame-de-l’Assomption and the Basilique Notre-Dame-du-Port.