Budapest, the capital of Hungary remains one of the most popular destinations for a short city break in Europe. The city offers an array of cultural attractions and impressive historic landmarks spreading on both banks of the Danube River.

See map of Budapest city centre (click on the map for a higher resolution).

Budapest is served by a large international airport offering a vast choice of routes in Europe and worldwide. The growing competition amongst low-cost carriers at Budapest Airport contributes to making the Hungarian capital even more accessible for foreign tourists.

Cheap car hire Budapest - a Suzuki Swift is a popular option in economy class, together with VW Polo and Ford Fiesta

Combine the availability of budget flights to Budapest with the easily accessible and inexpensive airport car hire to discover Budapest and Hungary at your own pace.

Cheap car hire Budapest - compare rates with Cartrawler Hungary
In general, car hire in Hungary is not expensive. In order to benefit from the best Budapest car hire deals, it is advisable to use internet search engines of car rental, such as Cartrawler.

Apart from the convenience of being able to compare prices of car hire in a most remote location from the comfort of your home or office, Cartrawler also allows you to book the Budapest Airport car rental that suits your needs best.

When booking in advance and comparing rates from many providers of car hire in Budapest, you will be frequently able to spot very interesting offers even within the most popular classes of rental vehicles: a one week rental of a Volkswagen Golf, or similar, for instance, can be sometimes arranged for at Budapest Airport for a rather competitive price of approx. £130-140.

The offers of Budapest hire cars available on Cartrawler include all classes of vehicles: economy, intermediate, minivans (MPV’s) and minibuses to rent in Hungary. 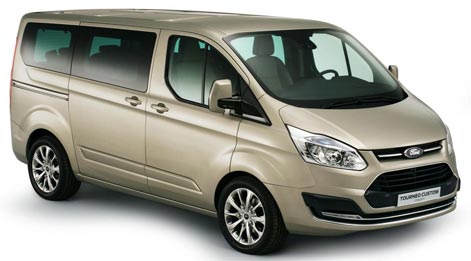 Larger groups of tourists, or families visiting Hungary, may find it more convenient to rent a larger vehicle at Budapest Airport. A small minivan with space for 5 people and two additional foldable seats, such as a Volkswagen Touran (5+2), or a full-size MPV - a Ford Galaxy with 7 comfortable seats can often be found with prices around £470-480 for a week car hire in Budapest-Ferihegy.

By clicking on the ‘Rental condition’ you fill find a lot of useful information regarding the rate details, such as insurance coverage, excess, mileage, fuel policy and more. It is important to check rental conditions for each and every offer you are considering, as they may vary from supplier to supplier.

As you will be able to find out, most Budapest Airport car hire offers have unlimited mileage and a standard pick-up full/return full fuel policy, although there might be exceptions.

Rate details/rental conditions section of the offer description contains also indication of the countries where you can take your Budapest Airport hire car to. From Budapest it is only a short drive to Slovakia and Austria; if you are planning to drive in a Hungary hire car to Vienna or Bratislava, check in the rental conditions what is the cross border travel policy of the offer.

Budapest Airport terminals
The major Hungarian airport spreads on a very large area, having consisted originally of three main terminals: the now closed Terminal 1, the Terminal 2 divided in 2A and 2B sections, as well as of smaller satellite buildings.

Terminal 2A operates Schengen flights, while Terminal 2B is dedicated to non-Schengen operations. The “Sky Court” between the two terminals offers the passengers of Budapest Airport a choice of restaurants, duty-free shops and other services.

It is possible to move between Terminal 2A and Terminal 2B on foot.

Cartrawler search engine allows you to chose specifically at which terminal you wish to pick-up your Budapest Airport hire car. (Type "Budapest" in the search engine to see the specific options for terminal choices)

Cheap flights from the UK to Budapest
Budapest Airport is well connected to the UK being the busiest international routes at BUD the London airports: Gatwick, Heathrow, Luton and Stansted.

British Airways offers a route to Budapest Airport from London-Heathrow.