Compare prices for car hire from Portland Airport with Cartrawler US

Portland Airport (PDX) serves the largest city of the American state of Oregon. It is located approx. 9 miles north-east of Portland city centre, on the southern bank of Columbia River. 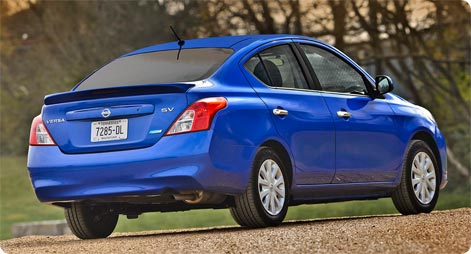 Cheap compact car rental in the US - Nissan Versa available from Alamo, National Car Rental and Budget in Portland Airport

Car rental companies Portland Airport
At Portland Airport car rental is available from both on-site providers, such as Avis, Dollar, Enterprise Rent A Car, Hertz, National and off-site suppliers, amongst them Alamo, Budget and Thrifty. The rent-a-car companies which do not have rental desks at the airport provide shuttle busses to transport the customers to the rental stations.

Portland Airport car hire – find the cheapest rental online
Car hire is usually readily available at the counter upon your arrival at Portland Airport. However, in order to benefit from the largest selection of rental car makes and models, as well as the most competitive prices, it is advisable to book Portland car hire in advance. Internet search engines of car hire, such as Cartrawler, allow you to compare Portland rent-a-car deals from many providers and to carry an online booking.

Fairly cheap Portland Airport car rental deals can be usually found with prices from approx. £120 for a week, in the economy class. In most cases it does not compensate to look for savings by renting the smallest cars – such as for example Fiat 500, or a similar small city car. Their price is usually comparable to the much larger and comfortable economy class cars.

United States, however, is a country of large vehicles. A full size Dodge Charger, a Chevrolet Impala or similar can be rented from Portland Airport at rather moderate cost, often from around £140 for a 7-days rental period.

Portland Airport minivan rental
Larger groups of travellers will find on Cartralwer a selection of minivans to rent from Portland Airport. Those spacious vehicles with room for 7 people and luggage, often a Dodge Caravan, a Chrysler Town and Country or similar, are frequently available from around £200 for a week, which is a fairly competitive price when compared to the cost of rental 7-seaters in Europe. 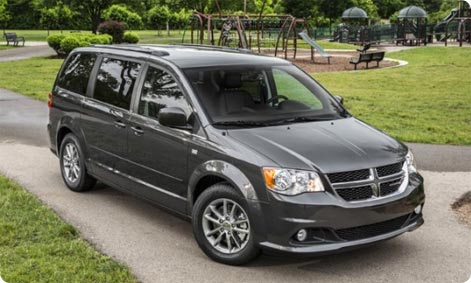 Portland light rail
For those relying on the public transportation, the most convenient solution is often the Red Line of Portland Max light rail system. The Red Line trains leave Portland Airport with high frequency during daytime (5 am to midnight) and stop in several convenient locations in the city centre, before reaching Beaverton on the outskirts of Portland. See the map of Portland MAX light rail stops.

The trip from the airport to Portland Downtown lasts approx. 38 minutes; the tickets ($2.5 for an adult) can be purchased at the ticket machines on the lower level of the baggage claim area of the airport.

Portland Airport shuttles
A selection of private shuttle operators can be found at Portland Airport. One way trip usually costs around $14 one-way, or $24 return ticket.

Taxi from the airport to Portland city centre
Taxi cabs are a fairly little popular means of transportation in Portland. At the airport, taxi ranks can be found at the lower level outside the baggage claim area. The fare between the airport and Portland Downtown is around $26-30.

Portland Cascade Station
Portland Cascade is a large shopping, office and hotel complex located just next to the airport, along the NE Airport Way. In the retail area of Cascade Station customers will find a large variety of shops (amongst them IKEA) and department stores as well cafes and restaurants. Check on Cascade Station website. Please note that Portland is a great place for shopping in the US as Oregon is one of the very few states with no sales tax.

Cascade Station can be accessed from the airport by road, by the MAX light rail or via a pedestrian path.