The third busiest airport of Malaysia is located on the Penang Island just of the western coast of the Malaysian/Malay Peninsula.

Penang island is connected to the mainland via two bridges, making car rental at Penang Airport a convenient solution for continuing your journey, whether you are staying on the island, or travelling to another location on the Malaysian Peninsula. 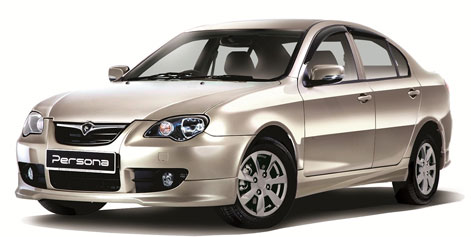 Penang Airport is situated 10 miles south of George Town. Low-cost carriers AirAsia and Firefly are the major carriers at the airport. Flights to Singapore, Hong Kong and Jakarta are among the busiest routes operated at Penang Airport. Domestic flights are available to Kuala Lumpur, Malacca, Subang, Langkawi, Johor Bahru and Kota Bharu, among others.

The cheapest Penang Airport rental cars are usually available from around £160 for a week. This rate applies only, however, to small city cars and those are not very common in Malaysia, where rental fleet differs from what the European customers might be used to.

Internet search engines of car rental deals, such as for example Cartrawler, will give you an overview of car rental offers in Malaysia, allowing at the same time to carry a quick and safe online booking once you have chosen the offer which suits your needs best.

About Penang
Penang, the most densely populated and the richest part of Malaysia is an important economic and industrial centre as well as a popular tourist destination.  The high-rise architecture and of George Town, the province’s capital contrasts in Penang with the unspoilt coastline and quiet, laid-back resorts scattered along the island’s coast and a fascinating multi-cultural heritage. George Town is enlisted as a UNESCO World Heritage Site.

Get a glimpse of the variety of tourist attractions awaiting in Penang:

Penang bridges
The quickest way of driving from Penang Airport to Malay Peninsula is through the so called Second Penang Bridge, located just off the airport. Inaugurated in 2014, the bridge is a tolled dual carriageway (E28) connecting  Batu Maung in the southern tip of Penang to the township of Bandar Cassia in Batu Kawan. With the total length of 24 km, 9.5 of which over water, the Second Penang Bridge is the longest bridge in Malaysia.