Update: As of 1 November 2016 Moss Airport Rygge has suspended all operations. Car rental in this location is currently unavailable.

Rent a car at an Oslo airport: compare prices for car hire at Moss-Rygge Airport on Cartrawler Norway

The relatively small Norwegian airport of Moss-Rygge (the seventh busiest airport of Norway) serves several direct routes from the UK, amongst them from London-Stansted, Manchester and Edinburgh.

Moss Airport - RYG, also referred to as Oslo-Rygge Airport, Moss-Rygge Airport or in Norwegian Moss Lufthavn, Rygge is located approximately 40 miles south of Oslo (40 minutes to an hour by car, depending on the traffic conditions). 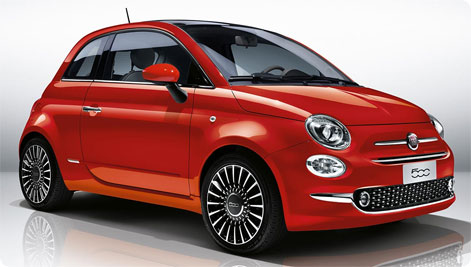 Stylish Fiat 500 rental car, in the fleet of for example Hertz at Oslo-Rygge Airport

The airport is situated in Rygge town. The distance to the closest largest city, Moss, is about 6 miles. See location map of Moss Airport (with travel times to Oslo).

Travelers heading to Oslo can use two other airports (both serving routes from the UK): the main Norwegian airport Oslo-Gardermoen (OSL) and Sandefjord-Torp Airport (TRF). Please note though, that Torp Airport, located on the east side of the Oslofjord inlet, is even further away from Oslo, than Moss Airport. See Oslo airports location map.

If using other Oslo airport:

Oslo Rygge car rental
Car hire in Norway is rarely ever a cheap affair. With the help of internet search engines, such as for example Cartrawler, it is sometimes possible to find fairly advantageous (as for the Scandinavian conditions) deals. In general, expect the prices of the cheapest Moss Airport rental cars starting from about  £260 for a week hire of a small city car, such as a Fiat 500, a Ford Ka, or similar.

In the popular compact class, a one week rental of a VW Golf, Ford Focus (or similar) priced at around £350 can be considered a good deal in Oslo.

Please note that in most cases, although not always, unlimited mileage is included in the price of car hire in Norway. Always confirm in ‘Rental conditions’ of each offer on Cartrawler, which mileage policy applies; especially when planning to travel long distances in Norway.

Moss-Rygge – low-cost airport of Oslo
Moss Airport is using the infrastructure of a military base, Rygge Air Station, created in early 1940’s. The idea of adapting a  military airport to for the purposes of civil aviation emerged when the Torp Airport, located across the Oslofjord inlet started showing signs of congestion due the heavy traffic from the low-cost airlines.

The budget carrier Norwegian Air Shuttle was the first airline to start operating at Moss Airport in 2008. A year later, Ryanair showed interest in the location; due to the reduced capacity of Moss Airport it was only in 2010 when Ryanair was able to expand significantly its network of routes and established a base at Moss-Rygge.

In mid-2016, Ryanair is the main airline of Moss Airport, serving flights on 17 year round routes and 13 seasonal routes. Apart from the UK destinations, flights from Moss-Rygge are available to a variety of airports in Poland and to several holiday destinations of Southern Europe.

Update: Moss Airport, Rygge ceased all operation on 1 November 2016, after the withdrawal of Ryanair from this location. Ryanair closed their Moss base as a protest against the new passenger charge introduced by the Norwegian government. Without Ryanair’s operations Moss Airport became unsustainable.