Nuremberg Airport - NUE is the second major airport of Bavaria in southeastern Germany (after Munich Airport) and the 10th busiest airport on the national scale.

Compare prices of car hire at Nuremberg Airport in Germany

Officially known as Albrecht Dürer Airport Nürnberg, in honour of the famous painter and printmaker born in Nuremberg, the airport serves approximately 4.1 million passengers per year on a variety of domestic and international routes. 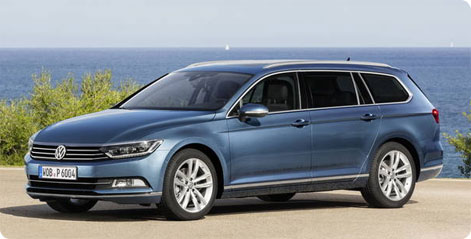 Arriving passengers at Nuremberg Airport have at their disposal a large choice of rent-a-car services allowing them to continue their journey comfortably and, often, at modest costs in a hire car.

Nuremberg - business location in Germany
Nuremberg, or Nürnberg  in German,is the second largest city of the German state of Bavaria, after Munich, and the major city of the administrative region of Middle Franconia (Mittelfranken, in German).

Nuremberg, is also an important economic and service centre of Northern Bavaria.

A planned Business Centre of the Nuremberg Airport will be a state of the art events and conferences centre to serve the needs of the increasing business travelers to Nuremberg.

Upon arrival at Nuremberg Airport look for signs pointing to Autovermietung - ‘car hire’ in German. Mietwagen stands for ‘hire car’.

Although rental cars at Nuremberg Airport are usually readily available at the desk, you can save yourself a lot of stress and avoid overly inflated prices by booking in advance. While contacting each of the car hire companies directly is time consuming, internet search engine, such as Cartrawler, allow you to get price quotes from all the major car hire suppliers at the airport.

Nuremberg Airport rent-a-car - compare prices online with Cartrawler
Usually, the prices of the cheapest rental cars at Nuremberg Airport start from around £150 for a week car hire of a smallest city car, such as a Ford Ka, VW Up or similar.

In order to travel in Bavaria in a larger and more comfortable vehicle, use Cartrawler to compare prices within the whole range of car hire classes. Often you will find out that there is only a small price difference between the cheapest cars and the economy class cars, such as a Renault Clio, Ford Fiesta or similar. 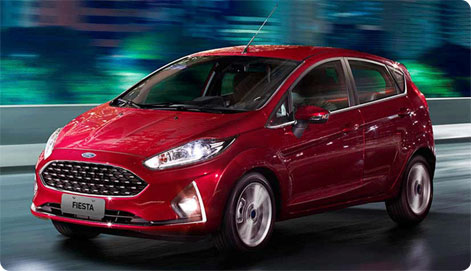 Even the ever so popular VW Golf, in the fleet of every car rental company in Nuremberg Airport, is frequently available to rent at prices below £200 for a week.

On Cartrawler you will find the whole range of reasonably priced Mercedes models to hire, starting from the Mercedes A Class (Automatic) from the standard/intermediate class, from approx. £190 for a week, through fullsize Mercedes C Class at around £ 230 for a week, to Mercedes E Class Automatic from luxury/premium segment of hire cars. For the latter, expect to pay from approx. £ 500 for a 7 days car hire from Nuremberg Airport.

Mercedes E Class to rent in Nuremberg Airport, often with the guarantee of the new model.

Also in the class of large people carriers (van/minivan class), you are very likely to be offered a Mercedes, being the most popular models Mercedes Vito Traveliner and Mercedes Viano 8-seater.

See map of major motorways around Nuremberg (the airport is marked as Flughafen).

If you are heading to the strict city centre of Nuremberg, the shortest way, however, leads through Flughafenstrasse - Marienbergstrasse - Bayreutherstrasse streets. In normal traffic conditions it usually takes between 15-20 minutes to drive from Nuremberg Airport to the city.

If you are planning to drive from Nuremberg Airport to other cities in Germany, see below the approximate road distances:

The distance from Nuremberg to Prague, in the Czech Republic is approx. 300 km / 187 miles. However, when travelling outside of Germany in a Nuremberg Airport hire car, always check beforehand what is the applicable cross-border travel policy of your car hire offer.

Many of the historic landmarks of the city are related to science, especially astronomy flourishing in Nuremberg in the past, as well as to printing which revolutionized Europe in the XV century. The fine arts were also important in Nuremberg’s past, as they continue in the present.

In modern history Nuremberg is remembered as the site for the trials of the Holocaust World War II crimes, the so called Nuremberg Trial. Visit the Nuremberg Palace of Justice (Justizpalast) and Nuremeberg Nazi Party Rally Ground.

UK flights to Nuremberg
Flights from the UK to Nuremberg Airport (NUE) are availalable from the low-cost carrier Ryanair with departures from London-Stansted as well as Manchester and, seasonally, from British Airways, departing from London-Gatwick.