Manchester International Airport – MAN is UK’s third largest airport and the busiest one outside of London area, serving over 27 million passengers per year.

The metropolitan area of Greater Manchester is one of the most important economic centres in the UK and the city itself is greatly appreciated for its diverse tourist offer, vibrant cultural scene and, not less important, sports clubs, amongst them, the famous Manchester United. 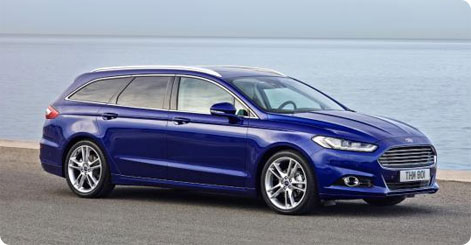 Ford Mondeo Estate often cheap to rent in the UK.

For both business and leisure travellers, car hire from Manchester Airport is often a convenient solution. With a help from internet search engines, such as Cartrawler, it can also be made cheap.

Ringway Airport Manchester (MAN)
The airport was formerly known as Ringway Airport due to it location near Ringway, approx. 9 miles south of the city centre.

The southern stretch of M56 motorway connects the airport to the city. With favourable traffic conditions, it is around 25 minutes drive between the airport and the city centre.

Many of the airport car hire companies operate from the MAN Car Rental Village, located in a close distance from the airport, at Ringway Road. The car rental centre can be accessed from the airport via dedicated airport bus departing from every terminal every 10 minutes.

Other car hire providers deliver rental cars to the airport on a meet&greet basis.

MAN airport car hire – cheap deals in all rental classes
The cheapest rates for Manchester Airport car hire often start from around £60 for a week car hire of a small city car, such as Hyundai i10, Fiat 500, or similar. 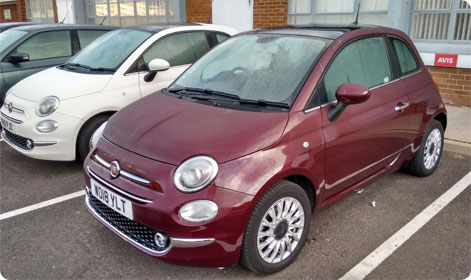 Given the steep competition between the airport car hire providers and often accessible prices it is worth to shop around a bit and look into car hire in higher classes as bargains can frequently be found in different types of vehicles to rent. For example, it is not unusual to find cars in economy class – VW Polo, Ford Fiesta or similar – less than a pound per day more expensive than the much smaller mini class. The same apply to cars in compact, standard and full-size classes: when comparing offers from many suppliers, you often stand a chance to find good deals, at rates inferior to the general level of prices for a given class.

A standard class Volkswagen Passat (or similar) or a Ford Mondeo Estate at weekly rate of £160-170 to be picked up and returned at the airport are rather competitive deals, not unseen on Cartrawler.

Minivan and minibus car hire
Also in the class of people carriers with capacity for 7 or even 9 people, the airport offers several economic solutions.

Often the cheapest minivans, in a form of an Opel Zafira, a Peugeot 5008 or a similar 5+2 vehicle (5 standard seats and 2 foldable seats in the rear) can be hired from approx. £200 for a week. For more comfort of travelling and luggage space with full occupancy, consider, however, hiring a full 7-seater, a Ford Galaxy, a Seat Alhambra, or similar.

Ford Tourneo, in the fleet of for example Alamo and Enterprise Rent A Car at MAN Airport.

Fuel policy in car hire
When searching for the most competitive car rental deal, do take time to compare, apart from prices, also rental conditions. We recommend that you pay special attention to fuel policy as it may vary considerably from supplier to supplier.

The most advantageous for the customer and transparent way of refuelling your hire car is the ‘full to full’ mode in which the car is handled with a full tank of gas and has to be returned in the same condition, being a stop at the gas station just before handing the car back the only concern of the customer.

The cheapest offers of hire cars, however, often imply less clear fuel policy, for example, ‘quarter to quarter’ or ‘same to same’, which mean that the tank needs to be refuelled to the exact measure with which it was delivered to the customer. That, of course, leave room for misinterpretations enabling the car hire supplier to, potentially, charge the customer additionally for the fuel, should it be considered missing. Also, the customer is not entitled to a refund for the extra fuel he or she pumped before handing the vehicle in.

All the car hire offers displayed on Cartrawler contain information about the fuel policy. For your peace of mind, it is advisable to always choose deals with full/full fuel policy.

SUV to rent from Manchester Airport
Most airport car hire companies have SUV cars in their fleet. 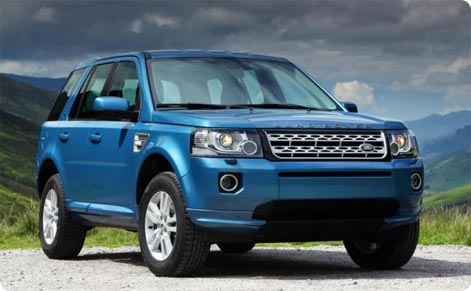 Toyota Rav4, Nissan X-Trail, Land Rover Fleelander, Land Rover Defender or BMW X1 are the most common models and makes. Occasionally, and when booked well in advance, the cheapest rates for SUV hire at the airport start from around £200 for a 7 days rental.

MAN Terminal 1 is the largest, serving as a base for Jet2, Easyjet, Thomas Cook and Small Planet Airlines, hosting also Lufthansa, Swiss, TAP Portugal, Brussels Airlines, Turkish Airlines and Emirates, among other carriers.

Trains from the airport to the city (Manchester Piccadilly Station) and other locations in northern England are also available from the British Rail. Trains depart from the Airport Station, located between the Terminals 1 and 2.

Manchester Airport – the most popular destinations
Although Amsterdam is currently the busiest route, Spain is the country receiving the most passengers (in total) from MAN Airport, being the most sought after Spanish destinations: Tenerife, Palma de Mallorca, Alicante and Malaga.

On domestic routes, London-Heathrow is by far the most popular destination from MAN. High-frequency daily flights to London are available from BA and Virgin Atlantic Little Red short-haul brand. Other domestic destinations include Aberdeen, Glasgow-International and Edinburgh.