Malta is a fairly inexpensive car rental destination, compared to other popular tourist locations in the Mediterranean. Even at the height of the tourism season it is often possible to rent a car in Malta from around £100 per week, if you book via internet search engines and well in advance.  At this rate usually only small city cars are available, but by looking deeper into the price list you might find very competitive deals in a variety of rental classes, including estate cars, convertibles, SUV’s and minivans to rent in Malta. 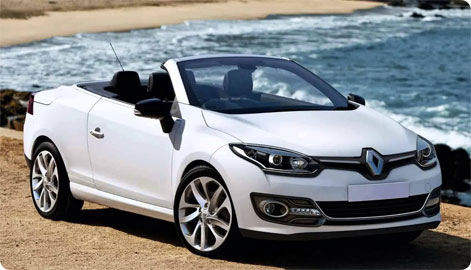 See below the list of major car rental companies providing services in Malta. A large majority of them operate at Malta Airport, also known as Luqa Airport. It is also possible to rent a car in major tourist destinations in Malta, for example Valletta, Sliema, St. Julians, Melieha or Bugibba.

Active Car Rental
A Maltese car hire provider, operating since 1968, offers a modern fleet of nearly new cars (with low mileage) in a wide variety of classes, from mini, through economy and compact classes, to larger vehicles, as station car to people carriers with capacity for 7, 8 or 9 people. Convertibles are also available in Active Car Rental fleet.

Aquarius Rent A Car
Another local rent-a-car company in Malta, successfully competes with international brands, often offering very appealing rates for car hire in the most popular classes. Aquarius Rent A Car rental services are available at Malta International Airport, as well as at major hotels on the island. It is also possible to rent a car from Aquarius on the island of Gozo.

Avis
Rental stations of the major rent-a-car brand Avis are located directly at the terminal of Malta Airport as well as in downtown locations across the island.

Europcar
Europcar’s Malta rental locations include the airport and a downtown location in Tal-Balal Naxxar, west of Sliema.

Goldcar
The desk of the popular Spanish car rental company Goldcar is located in the terminal of Malta Airport.

Green Motion
The UK car and van rental company is also present in Malta. Green Motion’s only office on the island can be found in the arrivals hall of Malta Airport. Malta division of Green Motion, otherwise known for its fleet of low CO2 emission car, is notorious in tourism related media for unfavourable comments regarding its services.

Hertz Malta
Hertz car hire services are quite widespread on the Maltese archipelago. There are three rental stations on Malta island (one at the airport and two downtown locations in Luqa and Sliema) and three on the island of Gozo.

Malta First Car Hire
One of the newest Malta and Gozo car rental companies headquartered in Rabat delivers and collects the cars in all major tourist destinations across the island, including Malta Airport. Malta First boast having the latest models of rental cars in their fleet.

Thrifty
One of the major international car hire providers, Thrifty is present at Malta Airport (on-site), as well as in the downtown rental stations in Qormi and St. Julians.