Handling over 14 million passengers per year, Malaga Airport – AGP is the fourth busiest airport if Spain. 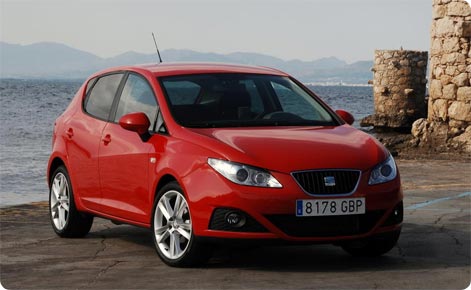 Car rental is a solution frequently chosen by tourists arriving at Malaga Airport. The steep during the tourist season the competition makes the prices of rental vehicles very accessible, especially in the lowest classes: mini, economy and sometimes also compact. Off season surplus of rental cars results in rates as low £2-3 per day. In order to benefit from the most competitive deals , use an online search engine, for example Cartrawler, available on www.find-cheap-car-hire.co.uk to compare offers of Malaga rental cars way ahead of your arrival to Spain.

Malaga Airport car rental – which supplier?
Car rental business thrives in a popular tourist destination as Malaga is. A large choice of on- and off-site rent-a-car companies is available for the travellers who are looking for a means of independent transportation. Directly at the airport car hire services are provided by Avis, Budget, Europcar, Hertz, Sixt, Enterprise/Atesa, Goldcar and Record Go.

Despite the convenience of being able to pick up the car directly at the airport, it is often worthwhile to consider choosing an off-side provider.  The simulation on Cartrawler search engine show that car rental companies located outside the airport are often capable of providing the cheapest rates.  Marbesol, Del Paso Car Hire, Niza Cars and Centauro  are some of the off-side car rental suppliers at Malaga Airport.

Taxis are also widely available at Malaga Airport. You will find them in the ranks just outside the terminal.

Malaga Costa del Sol Airport as seen by a traveller:

Avoid extra charges for fuel in car rental in Southern Spain
Please note that the cheapest car hire deals in Spain, as well as in many other southern European holiday destinations may often imply additional charge for refuelling. Some rent-a-car companies apply the so called pre-purchased fuel policy, which means that at the rental desk the customer is charged for fuel, often at prices far superior than at regular gas stations. Additionally, an administrative fee might be applied.

In other variations of the fuel policy, the car may be handed in with only 1/3 of the tank and should be returned with the same amount of fuel.

This solution may turn out to be a bit troublesome for the customer who need to keep an eye at the tank just before the drop off and risks either putting too much fuel in the tank (no refunds are made for the excess fuel) or too little, which will result in a penalty charge.

The best way is to look for car rental offers with a transparent fuel policies, preferably ‘full to full’ where the customer is liable only for the fuel used. Those offers, although often placed further down the list of Malaga car hire deals, may turn out to be the least costly.

All offers displayed on Cartrawler search engine indicate what fuel policy applies to the rental.

Great choice of UK routes to Malaga
From British Airways which provides flights to Malaga from almost all London airports, through charter airlines, to low-cost carriers, amongst them Easyjet, Jet, Monarch Airlines and Ryanair, which fly to Malaga from a variety of UK airports (Birmingham, Bristol, Cardiff, East Midlands, Edinburgh, Liverpool, Manchester,  Newcastle and Prestwick, just to mention some).