Kos Island in the Greek archipelago of Dodecanese is served by an international airport which ranks 7th amongst Greece’s busiest airports, serving over 2 million passengers per year. Kos Island Airport – KGS is located in the central part of the island, near Antimachia village and along on of Kos’s major roads. The distance between the airport and Kos Town, the island’s capital is approximately 16 miles.

The airport is also referred to as ‘Kos Hippocrates Airport’. 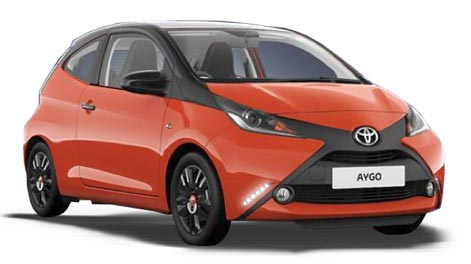 As the main gateway to the island, Kos Airport is also a convenient location for Kos car hire, offering a wide range of car rental providers and deals.

In order to benefit from the most competitive deals on Kos Airport car hire, booking well in advance is recommended, especially if you are planning to visit Kos in the high seasons, between July and August.

Read more about Kos driving holiday in a related article.

In the peak season, it is usually possible to find on Cartrawler Kos Airport car rental deals starting from approx. £160 for a week, in mini class - often a Toyota Aygo, Hyundai i10, Fiat Panda or similar. Please note that, in the spring, one week rental of the same type of a small city car will cost around half of the high season price.

Not only the most popular (and the cheapest) cars are available through Cartrawler. Very competitive deals on Kos Airport car hire can be found in a variety of rental classes, including estate cars, convertibles, SUV’s and 9-seat people carriers to rent during your Kos holiday. 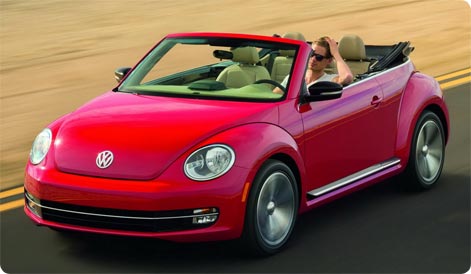 VW Beetle Cabrio, available as a rental car in Kos Airport, in the fleet of, for example, Europcar

It is also possible to fly to Kos year-round through Athens. Kos-Athens route is operated by Aegean Airlines.