Rent a cheap rental car at Kavala Airport, in north-eastern Greece with the help of Cartrawler search engine, which partners with most major rent-a-car suppliers operating in this location. 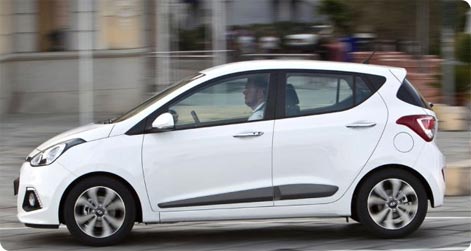 The Greek car rental company Auto Union often offers the cheapest rental cars in Kavala, amongst them Hyundai i10, above

Many of Kavala Airport car rental companies operate directly in the terminal, while others, with offices outside of the airport grounds have their representatives await the customers at the airport (meet & greet) or provide a shuttle bus to their rental station.

Often, a little bit of extra hassle (transfer to a rental location) pays off as the off-site companies can offer better rates. If it is important for you, however, to pick up the car directly at the airport, make sure by checking in Cartrawler offer’s description that it is provided by an on-site supplier.

Cheap car rental for holiday in Greece – book in advance
By booking well in advance, it is possible to find rather competitive prices on Kavala car rental even during the summer season. The cheapest offers (for the smallest cars, such as, Renault Twingo, Toyota Aygo, Hyundai i10 or similar) usually start from approximately £160 for a week. An popular VW Polo, or a similar economy class rental car is usually available from around £180 a week, even in July and August, as long as your booking is carried at least few weeks ahead.

If you are in need of a larger car, for example a peoples carrier, with room for up to 7 or 9 people, the prices are not that appealing, often starting around £480-500 for a week. It may be, in fact, cheaper to rent two small cars at Kavala Airport than, for example a minivan. 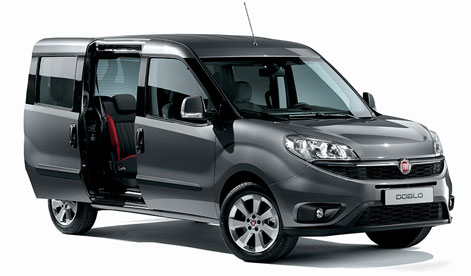 Flights to Kavala
Kavala Airport caters primarily for seasonal leisure tourism. A large number of airlines operating in Kavala are charter and low-cost carriers. Direct flights from the UK to Kavala are available from Thomas Cook Airlines (Bristol, East Midlands, Manchester, London Gatwick, among others), Thomson Airways (Birmingham, London Gatwick, Manchester) and Norwegian (London Gatwick), all of them seasonal charters.

About Kavala
The Kavala region is an increasingly popular tourist destination in continental Greece and there are several factors to contribute to it.

Although Kavala has long been known mainly for its port activity (it is the ) the city actually offer quite an interesting and eclectic historic heritage. Do not miss out on a tour of the Old Town (Panayia district), where you can visit an Ottoman-era castle and its well preserved fortifications, an old lighthouse, a mosque and the emblematic Mohamed Ali square.  Another of Kavala’s landmarks is the Kamares aqueduct, dating back to the 16th century.

History is ever present even in the so called ‘modern city’ in Kavala, full of impressive neoclassical mansions and now disused tobacco warehouses. In the past Kavala was an important centre of tobacco trade and manufacturing and the Tobacco Museum is a popular attraction.

For shopping, dining or just a coffee pit-stop, head to the busy Megalou Alexandrou pedestrian street.

Kavala is also making an excellent use of its beautiful settings: sandy beaches stretching on nearly 40 miles-long Kavala coast (many of which bear the Blue Flag distinction) are growingly popular amongst Greek and foreign tourists alike.