The city of Naples is the capital of the Campania region of southern Italy.

Naples is known for its large old town with magnificent historic architecture, vibrant cultural life and great restaurants (which serve not only the famous Naples pizzas). 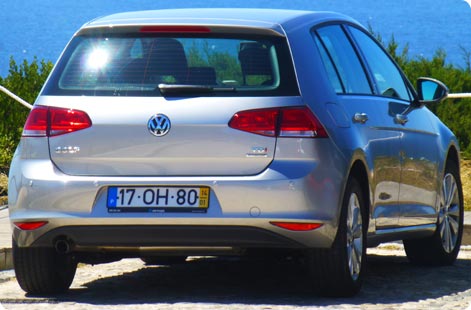 The city with a history of over 2800 years is also famous, or perhaps infamous for the Camorra, the local mafia specializing in smuggling cigarettes, drugs and people, as well as in forgery of branded goods of any kind. In the last decade the Camorra has assumed control of the city’s waste disposal system. The under-the-table contracts with service providers  focused on maximum profit for the organization raised many environmental issues in the region.

Other than that, Naples is a very charming location and home to one of the largest airports in southern Italy.

About Naples Airport
With over 6.7 million passengers served annually (as per 2016), Naples  Airport – NAP, or Aeroporto Internazionale di Napoli Capodichino is Italy’s 8th busiest airport. It is located in Capodichino, only 2 miles northeast of Naples city centre, in an area known as Campo di Marte.

Naples Airport is situated close to the E45 / A1 highway, also known as Autostrada del Sole, meaning ‘sun motorway’, which is the longest motorway in Italy, connecting Naples to Rome and further north, to Milan. See the A1 motorway on the map of Italy.

Like many other airports in Italy, Naples Capodichino Airport was founded for military purposes, becoming an important base for American aircrafts during World War II. It became an civilian airport in 1950s.

The airport has two terminals: Terminal 1 destined for the regular airlines (scheduled flights) and Terminal 2, used mainly by charter carriers.

Car rental companies Naples Airport
Autonoleggio is the Italian term for car rental. At Naples Airport the choice of rent-a-car providers is vast and includes the major international brands as Avis, Budget, Hertz, Europcar, Sixt, Dollar, Thrifty, Keddy and Firefly, as well as the Italian car hire companies: Locauto, Sicily by Car, Maggiore, Nollegiare and Win Rent, amongst others.

Outside the high season, a small city car, such as the iconic Fiat 500 or a Citroen C1 will often cost from about £50 for a week to rent at Naples Airport. In the economy class, considerably larger and more comfortable to travel on longer distances or in a group of more than two people, Renault Clio, Ford Fiesta and VW Polo are most commonly on offer and the difference in price is often of little significance. Unless small size of the car is actually an advantage, for instance for easier parking, booking the smallest cars (mini class) in Italy is rarely advantageous.

In the summer season the prices of rental cars in Italy increase dramatically, sometimes even triplicate. The best way to guarantee the most competitive rates is by booking as early as possible, even a few months ahead.

Naples convertible car hire
If you are looking to travel in style in Italy (and provided that the weather allows it), a rental convertible is a great solution. Naples Airport offers a variety of rental cabriolets, from the ‘cute’, if somewhat unpractical Fiat 500 Convertible to the premium Audi A3 Cabrio. The prices in this segment are, however, rarely ever competitive, when compared to other types of rental cars.

Also, do keep in mind the fairly high automobile theft rate in Italy. In case of rental convertibles a safe parking is recommendable.

High theft excess in Italy
The frequency of hire cars disappearing in Italy is reflected in the excess for theft on the insurance. All cars available to hire in Naples are insured as dictated by law, but often carry an excess between £1000 and £1500 and sometimes even higher for more expensive cars. The excess for accidental damage is usually closer to what you may consider normal coming from the UK. It is therefore a good idea to check the excess amount in the rental conditions of the Italy car hire offer provided.

Driving along the Amalfi coast south of Naples
If you travel to Napoli and hire a car – treat yourself to a drive along the coastal road of the Amalfi coast. You can follow that A3 motorway from Naples (by the bay of Naples) via Pompei to Sorrento, where a ferry can take you to the exclusive holiday island of Capri, which is also worth a visit. You may even want to stop by the volcano Mt Vesuvius (Vesuvio in Italian).

Find out more about the attractions of the Amalfi Coast:

The Amalfi coast is the quintessence of southern Italy. The main attraction is the 30 mile long coastal road with its varied landscape and spectacular architecture which is completely unique.

The road is often very narrow and cut into the cliff, and as there are a lot of tourists in the area in the summer time the drive along the Amalfi coast takes considerably longer than the distance may indicate.

The breathtaking beauty of the area is however not free to enjoy. Parking as well as restaurant visits are usually quite expensive along the Amalfi coast, but the drive is none the less worth experiencing if you have got a hire car from Napoli at your disposal.

Alternatively you can utilise one of the many bus trips to the Amalfi coast from Naples.

Fly to Naples-Capodichino from the UK
Flights to Naples (or Napoli) are avaialble from a variety of airlines: regular, low-cost and charter carriers. Below are the main routes to Naples: