Geneva International Airport, also referred to by its former name, Cointrin Airport is one of the few airports worldwide serving more than one country.

Due to its proximity to the border between Switzerland and France, the airport can be accessed from both countries, having separate French (IATA code GVF) and Swiss sectors (IATA code GVA).

The location makes Geneva Airport also an ideal gateway to both Swiss and French Alps. 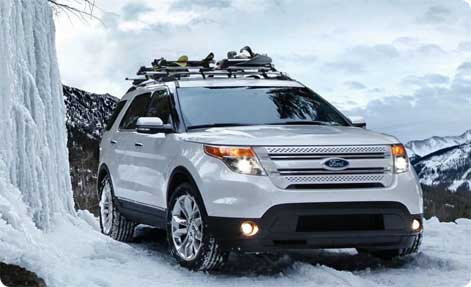 Ski holiday in a Geneva Airprot hire car - ski racks and snow chains can be ordered while boking online through www.find-cheap-car-hire.co.uk

The range of car rental companies serving both the Swiss and the French sector is very similar. The major Geneva Airport rent-a-car suppliers are:

Avis
One of the largest rent-a-car brands is present in both French and Swiss sectors of Geneva Airport. The opening times of Avis GVA are, much like in the case of other providers, considerably longer than in the French section (GVF).

Alamo
Sharing desks with a partner company, National, Alamo operates only at the Swiss section of Geneva Airport.

Budget
The low-cost operation of Avis, Budget Car Hire has desks at both Swiss and French sector of Geneva Airport. Working times may vary between the sectors.

Dollar
Dollar/Thrifty operations at Geneva Airport are available in the French and Swiss  sections.

Europcar and Keddy by Europcar
The popular car rental company Europcar has desks at both sectors of Geneva Airport - GVA and GVF. It is also possible to rent cars from Europcar’s low-cost brand Keddy, which, although not listed as the airport on-site car rental company, operates through Europcar’s desks.

Hertz
Both Swiss and French sectors of Geneva Airport are covered by Hertz Car Hire services.

Sixt
Much like in the case of other large competing car hire brands, Sixt secured its presence at the Swiss and the French sector of Geneva Airport.

Thrifty
Thifty Car Rental cooperating with Dollar provides services in the French and the Swiss part of Geneva Airport.

Unirent
When searching Geneva Airport car hire deals on Cartrawler, you are likely to encounter offers from a company Unirent (green logo).

In 2014, Unirent in Switzerland became a subsidiary of Europcar. Unirent’s cars are available to rent at the French and Swiss sector of the airport.

Important: return your Geneva Airport car in the correct sector
It is important to remember that all rental cars at Geneva Airport should be returned in the same section they were pick-up from. Returning the car in a different sector may result in an additional fee.

Should you be using services of a car hire company located in a different sector than the one you are flying to/from, it is possible to cross between the sectors. Do leave yourself enough time for that, though, as moving between the sectors implies going through the customs.