Internet search engine of car hire Cartrawler helps you find the best rates on car hire in a chosen destination, by comparing offers from many major rent-a-car providers. In the city of Debrecen in eastern Hungary Avis, Europcar and Hertz are the main car rental companies, although Cartrawler is known for partnering also with lesser known, local brands, such as Mega Drive or Schiller Rent A Car. 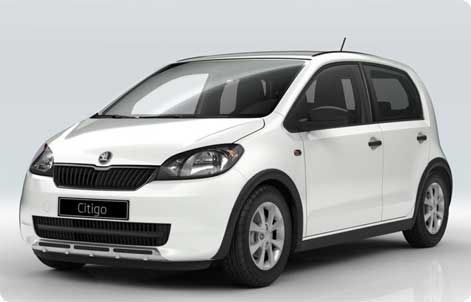 Skoda Citygo is amongst the cheapest cars to rent in Debrecen

Debrecen Airport – low-cost flights to Hungary
For foreign visitors Debrecen Airpor – DEB t is one of the main gateways to the city. The main carrier at the airport, Wizzair, provides low-cost routes to Debrecen from Beauvais, Bergamo, Charleroi, Eindhoven, London-Luton and Malmo.

Lufthansa Regional airline showed interest in this Hungarian location introducing a route to Debrecen from Munich.

Debrecen car hire – it pays off to compare deals
Travellers familiar with the level of prices of car hire services in Hungary will surely notice that renting a car in Debrecen Airport is usually fairly more expensive then in Budapest Airport. The fierce competition between car rental companies at the main Hungarian airport, unseen in Debrecen, helps to keep the car rental rates rather affordable.

If renting a car in Budapest Airport for a trip to Debrecen is not a viable option, we recommend that you book your Debrecen hire car well in advance and through online search engines, such as Cartrawler, where acceptable deals are often available. Cartrawler displays offers in a wide range of rental classes, from the most (and the cheapest) mini and economy class, through compact cars, to large vehicles. In the latter category it is usually possible to choose from full-size and estate cars, minivans with capacity for up to 7 people and minibuses for up to 9 people.  If you intent to travel in style, Debrecen Airport car rental deals include also premium cars as for example Mercedes E-Class.

Please note that in case you do not find a desired rental vehicle amongst Debrecen Airport offers, it is also possible to extend your search to Debrecen city centre. In order to do that, simply replace the pick-up location in Cartrawler search engine.

Debrecen, Hungary’s second city
With a population of over 200.000 inhabitants, Debrecen,  is the second largest metropolitan area of Hungary. Located in the Haidú-Bihar county, in the eastern part of Hungary, Debrecen is also a city of immeasurable cultural and historical importance.  In the past the capital of Hungary on two occasions - during the Hungarian Revolution of 1848-1849 and during the final stage of World War II, - Debrecen is nowadays a leading cultural and academic centre of the country. Monuments and examples of elegant historic architecture, museums and art galleries  abound in Debrecen and the city’s university is amongst Europe’s most important research hubs attracting foreign students from all over the world.

See the highlights of Debrecen:

Although geographically Debrecen is somewhat isolated from the capital, the fairy recent M-35 motorway allows to cover the 150 miles distance to Budapest in just about 2 hours.

From Debrecen it is just a little over an hour drive to the Romanian city of Oradea with which it has had strong cultural links in the past.

Kosice, the biggest city of eastern Slovakia is also located within an easy reach from Debrecen - in 125 miles distance (2.5 h drive).