Auckland Airport – AKL is the busiest airport of New Zealand. It serves the country’s largest city, Auckland, and in general, the whole of New Zealand’s North Island. See map of international and domestic airports in New Zealand.

As a major gateway to the country for international tourists, Auckland Airport is also probably the most convenient location for car rental: a steep competition between many rent-a-car providers makes both the choice of rental vehicles and the prices very appealing. 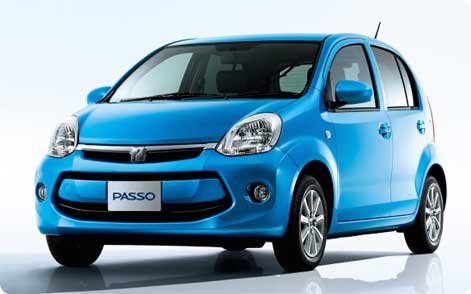 Toyota Passo – a popular small rental car in New Zealand; in the fleet of for example SNAP Rentals at Auckland Airport

The airport is located in Manukau Harbour, approximately 13 miles south of Auckland city centre and offers good access to the State Highway 1, which connects to Whangare and Waipu in the north and Hamilton and Rotorua in the south. See Auckland Airport location map.

Please be aware when travelling to or from Auckland Airport that the roadworks on the Kirkbridge Road/State Highway 20, scheduled to finish only in 2017 may make the traffic in the immediate airport area considerably slower.

Auckland Airport serves routes within Australasia, Asia, North and South Americas. The only European route to Auckland is available from London Heathrow and served by the flag carrier, Air New Zealand.

Auckland Airport car rental – compare offers before booking
Car hire is a popular choice for tourists in New Zealand, especially if they are planning to venture outside of Auckland area.

Car hire services at the country’s main airport are provided by a variety of well-known rent-a-a-car brands, amongst them Avis, Budget, Europcar, Keddy, Hertz and Thrifty.

Please be aware that the nigh season for tourism in New Zealand is from December to March and this is when you should expect the rates of car hire at Auckland Airport to be the highest. Usually, the cheapest rent-a-car offers in the peak season are available from around £130-140 for a week of car hire from a local provider. For this price, economy or sometimes even compact cars (often older models (the so call “Super Saver” offers) are available. Please note that small city cars (mini class), popular in Europe, are not easily found in New Zealand car rental fleet.

During the European summer, in July and August, it is usually possible to rent the cheapest car in Auckland Airport from approximately £80 for a week.

Cheap 7-seaters to rent in New Zealand
If you are in need of a larger than standard space in your rental car, either for passengers or cargo, fairly advantageous offers of Auckland minivan hire are often available on Cartrawler. The cheapest 7 seaters to rent at the main airport of New Zealand is usually a Toyota Estima.

Public transportation and taxi from AKL Airport
Auckland Airport is well served of public transportation solutions which include public buses and the airport service. The Airbus Express operates 24 hours a day, with 10 to 15 minutes frequency on two routes to Auckland city centre. The journey time is around 45 minutes.

Alternatively, travellers can use private shuttle or taxi services. Only Auckland Airport licensed shuttle operators and taxis can pick passengers up directly from the taxi rank in front of the terminal.

See the variety of services and brands available at the terminals of Auckland Airport: