Stansted Airport - STN is London’s main low-cost airport and the third busiest airport of the British capital, after London-Heathrow and Gatwick.

It is also the largest base of the popular budget carrier, Ryanair, which operates routes from Stansted to over a hundred destinations across Europe.

Amongst other low-cost airlines present at STN are Easyjet, Germanwings and Flybe. Dublin is the most popular route at the airport, followed by Rome-Ciampino, Edinburgh and Glasgow. 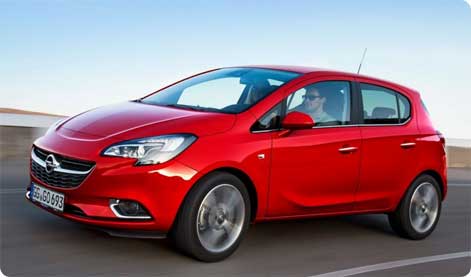 For budget savvy travellers there are many opportunities to combine cheap flights to London via Stansted with competitive car hire deals often available at the airport. Car rental through Ryanair (one of the carrier’s additional travel services) is a popular option, although not necessarily the cheapest one.

The desks of on-site car hire suppliers at STN are located in the international arrivals hall, opposite the duty free stores. Car hire at the airport is also available from off-site companies, delivering rental vehicles to the airport on the meet&greet basis or providing a shuttle bus transfers to their rental stations in a short distance from the airport. Amongst off-side rent-a-car suppliers at the airport are Easirent, Season Cars Car Hire, Interrent and Green Motion.

Search engines of car hire, such as Cartrawler provide an easy way to compare prices of rent-a-car services from many different suppliers and booking the desired rental car online. With a fierce competition between the airport car hire companies it frequently pays off to spend a little time comparing offers, not only when it comes to prices but also rental and insurance conditions.

The cheapest off-season Stansted Airport car rental offers available on Cartrawler usually start from approximately £60 for a 7-days rental of a small city car, such as Fiat 500, Hyundai i10 or similar. At the peak of the high season, in July or August, for the same type of a car expect to pay from £100 up.

The range of hire cars is very comprehensive and, apart from the most popular rental classes (economy and compact) includes also estate cars, people carriers, SUVs, convertibles and luxury/premium cars. 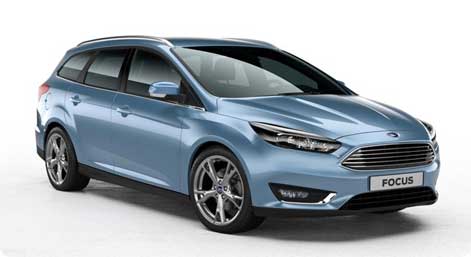 Ford Focus Estate - often the cheapest estate car to hire from Easirent and other car hire companies at STN.

Stansted Airport - location and transport to London
The airport is located approx. 40 miles north-east of London city centre, near the village of Stansted Mountfitchet and the town of Bishop’s Stortford, in the county of Essex.

If you have time between your connecting flights, Bishop’s Stortford is a charming town to visit or even stay overnight for a reasonable price.

A major motorway, M11 passes by the airport allowing an easy and quick access to London in the south and Cambridge in the north.

See map of major roads near the airport.

The airport offers several options of transport links to London city center, being the Stansted Express service is one of the most convenient ones. The trains depart every 15 minutes and an average journey time to London (Liverpool Street) is about 45 minutes. The airport train station is located below the terminal building.

Find out more about Stansted Express tickets and fares.

Liverpool Street and Victoria, in central London can also be reached by bus services from Stansted provided by several private companies. The bus/coach station is located in front of the main entrance to the airport’s terminal.

Taxis from the airport to London are a convenient, however expensive solution as a one-way fare costs around £100 - 120.  There is no taxi rank at the airport and the service must be booked in the arrivals hall by the courtesy phones provided.

Find more useful information about traveling to London on Visitlondon.com.

Short term car hire Stansted Airport
Passengers who require their own means of transportation from the airport can count on a wide choice of car hire companies, frequently offering vehicle rental at very competitive prices.

In many cases, when transferring between Stansted and other London airports, a one way car rental is a cheaper and more convenient alternative to taxi, train or bus services.

As an example: outside of high tourist season, a one day car hire from Stansted Airport with drop off at London-Heathrow Airport can cost from as little as £50, being included in the price the charge for the different delivery location (one way rental) and insurance.

Stansted Airport distances by car
See below the approximate road distances between Stanford Airport and other convenient locations in the UK: