Use Cartrawler search engine and save money by booking online 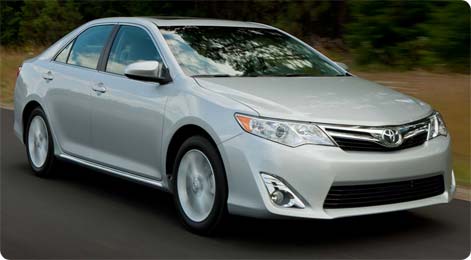 See Nova Scotia province on the map of Canada.

A large part of over 3.5 million passengers passing by the airport every year are business travelers to Halifax, the most populous city and an important economic centre of eastern Canada. The airport serves also as a major gateway for tourism in the beautiful and unspoiled Nova Scotia.

Passengers arriving at Halifax Stanfield Airport will find a large choice of car hire companies providing vehicle rental at, sometimes, rather moderate prices. In order to benefit from the cheapest rental cars In Halifax Airport, use Cartrawler search and booking engine to compare prices and rental conditions from many suppliers and book your Halifax hire car well in advance.

Locate Halifax Airport car rental desks
All car hire services at Halifax Stanfield Airport are conveniently located in one area, on the lower level of the main terminal, near the airport parkade.

Find Halifax Airport car hire companies on the map of the terminal.

From the arrival hall follow the signs pointing to car rental and after a short walk you will find car rental desks of Avis Rent-A-Car, National/Alamo, Budget Car Rental, Dollar/Thrifty, Enterprise Rent-A-Car and Hertz.

Compare rates of Halifax Airport car hire with Cartrawler
Usually the prices of the cheapest hire cars at Halifax Airport available on Cartrawler Canada, start from around £170 for a 7-days rental of car from economy class, a Chevrolet Aveo, or similar.

Tourists to embark on a road trip in the picturesque Nova Scotia frequently opt for hiring a SUV vehicle, which makes driving in the great Canadian outdoors a real pleasure. Often, the cheapest SUV’s can be hired at Halifax Airport from around £270 for a week rental of a Ford Escape, or similar. Frequently, the much larger Chevrolet Suburban, or similar, is only slightly more expensive, with prices starting from approximately £330 for a week.

When comparing car hire offers via Cartrawler Canada, expect to find in Halifax car rental fleet models and makes very unusual in Europe, such as the Dodge Avenger, Buick Lucerne or the American version of Toyota Camry.

Also in the class of large SUV family cars for hire in Canada, you will encounter a selection of vehicles very different form the ones offered in European destinations.

Amongst the large SUV's (6, 7, 8 or 9-seaters) or minivan hire cars (with space for up to 11, 12, 13 or even 15 people) you can rent at Halifax Airport models not sold in Europe, such as the Honda Odyssey (up to 8 people), Nissan Quest, Ford Flex or Ford Passenger Wagon.

Distances from Halifax Airport
Halifax Stanfield Airport is located near major roads of the province of Nova Scotia. If you opted for car hire from the airport you will be able to travel comfortable from Halifax to most of the places of interest within Nova Scotia, as well as into New Brunswick.

See map of Nova Scotia in Canada (click to enlarge).

Places of tourist interest in Nova Scotia
Nova Scotia, one of the three maritime provinces of Canada, offers a wealth of tourist attractions including pristine nature and landscapes, as well as places of cultural and historic importance.

Halifax
The capital of Nova Scotia was repeatedly voted as one of the Canadian cities offering the highest quality of life. Halifax offers a delightful mix of valuable historic monuments and modern architecture.

Amongst the historic and cultural landmarks of Halifax are: the Town Clock, the Citadel Hill, the Fisherman’s Cove and the beautifully restored Victorian architecture of South End.

A fun way of getting to know Nova Scotia’s capital is taking a trip on Halifax harbor ferry which allows to admire the cityscape of Halifax and Dartmouth on the opposite side of the harbor.

Halifax, nicknamed ‘the city of trees’ boast many carefully landscaped parks frequently visited by the tourists, being the most popular ones: Halifax and Dartmouth Commons, Ferry Terminal Park, Point Pleasant Park and Halifax Public Gardens.

Once you have got acquainted with the city and happen to have a Halifax hire car at your disposal, do not miss the opportunity to travel to some of the interesting locations across the province. Halifax makes for a great base for exploring Nova Scotia.

National Parks of Nova Scotia
Nova Scotia is a land of breathtaking scenery and untouched natural beauty - a real paradise for hikers.

There are only a few major roads covering the whole area of the province however even a shortest drive outside of Halifax is a very relaxing and pleasurable experience.

The distance from Halifax to Cape Breton Highlands National Park is approx. 270 miles.

Kejimkujik National Park is located approx. 100 miles west of Halifax in the inland plain, abundant in lakes and waterways. A smaller seaside section of Kejimkujik Park spreads along the Atlantic coast of Queens County. Visitors to the park have at their disposal several hiking paths and a camping site. Among the rare species of wildlife thriving in Kejimkujik Park are dear, black bear and Canada’s beloved moose.

Kejimkujik Park is also one of National Historic Sites of Canada, offering a wealth of important monuments, the witnesses of the country’s past. From Kejimkujik it is only a short drive to the coastal town of Annapolis. Read more about Kejimkujik National Park in Nova Scotia.

Joggins Fossil Cliffs
The cliffs coast of Joggins, in the Bay of Fundy on the north-western shore of Nova Scotia Peninsula are a world-class paleontological site and a popular tourist attraction.

In Joggins you will be able to observe an unusually exposed rock layers and, being a scientist for a day, look yourself for well preserved fossils of animals and plants dating back to the ‘Coal Age’, approximately 310 million years ago. Please, remember that unless you carry a special permit (Heritage Research Permit, RHP) you are not allowed to take with you any fossils found.

Joggins Fossil Cliffs of Nova Scotia are inscribed on the list of UNESCO World Heritage Sites.