Serving over 15 million passengers per year, the Athens Airport (Eleftherios Vanizelos – ATH) is the main airport of Greece and a major gateway to the country. Car rental business thrives in this busy location and competitive rent-a-car deals are often available, provided you booked your car some time in advance. 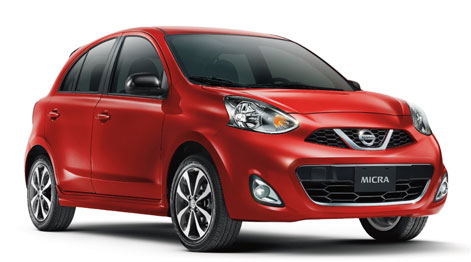 With the help of internet search engines, such as Cartrawler, it is easy to compare offers from many different car rental companies and book the best priced rental car well ahead of your arrival to Athens. Amongst major rent-a-car providers operating at Athens Airport are:

Alamo
Much like in the case of other large car rental brands at the busy Athens Airport, Alamo rental station in this location is open 7 days a week, round the clock.

Autocandia
The subsidiary company of Badouvas S.A, which is one of the largest travel agencies in Greece, Autocandia operates on the Greek car rental market since 1992. Its network of rental stations covers the most popular tourist areas in Greece, both mainland and on the islands (Athens, Thessaloniki, Kavala, Chalkidiki, Thassos, Corfu, Crete and Rhodes, amongst others).

Auto Union
Athens based rent-a-car company Auto Union is a part of Active Cars SA, a large Greek enterprise with over 30 years of experience  in car rental segment. With over 400 locations on the mainland and islands (including Cyprus) and a fleet of more than 6,000 vehicles, Auto Union is one of the most widespread Greek car hire supplier.

Auto Union office at Athens Airport is open 7 days a week, between 7.30 and 21.00 during low and shoulder season, extending the opening hours during high season.

Avis Greece (Athens Airport)
The giant of rent-a-car segment, Avis, operates in 72 (airport and downtown) locations in Greece. Avis Athens Airport car rental station working hours in the low season are 12.00 – 23.30 (keydrop box is available for customer returning cars after hours). In the high season this station is open 24/7.

Budget
Belonging to the same group (Avis Budget Group) Budget is present in the majority of Avis’ rental locations, which is also the case of Athens Airport.

Europcar Athens Airport
The rental station of Europcar at Athens Airport is located outside the terminal. The company’s representative awaits the customers in the arrival hall and accompanies them to the service desk, open Mon-Sun between 7.30 and 21.00. Pick-up and drop-off outside regular office hours available at extra charge.

Green Motion
With an office located approximately 5 miles off the airport (the other rental station is located in the city centre), Green Motion provides a free shuttle bus service between the terminal and its rental location. It is also possible to request transfer from Athens Airport to Green Motion rental desk by telephone, on arrival, referring the booking number. Green Motion Athens Airport office is open Mon-Sun, between 08.00 and 21.00.

Goldcar
The Spanish car rental company Goldcar provides services at Athens Airport off-site, from an office located just a few minutes drive away from the terminal (transfer via shuttle bus). The opening hours of Goldcar at Athens Airport are: Mon-Sun, 08.00 - 20.00.

Hertz Athens
Hertz’s rental station at Eleftherios Venizelos Airport is only one of 11 branch offices of this supplier in the Greek capital. Hours of operation: Mon-Sun, 06.00 – 23.00.

Sixt
Athens Airport Sixt branch is located inside the terminal and open 24/7. It is possible to return the rental car between 07.30 and 20.30.

Thrifty
The wholly owned subsidiary of Hertz, Thrifty car rental brand often shares its rental network with Hertz, which is the case at Athens Airport .