Menorca, the second largest of the Spanish Balearic Islands is served by an international airport offering a good choice of routes from UK. For holidaymakers arriving to Menorca, car hire turns out to be often the most convenient (and the cheapest) way of moving around on the island. Menorca is often referred to as Minorca. 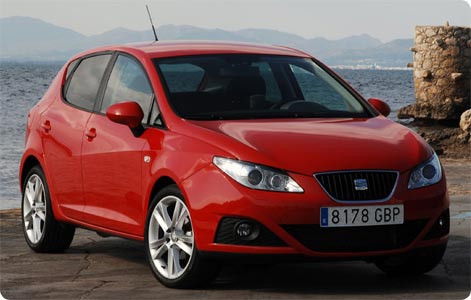 Major roads allow quick access from Menorca Airport to Mahón, as well as to other places of interest in Menorca.

Menorca Airport car hire companies
Car hire at Menorca Airport is available from both on- and off-site providers. At the arrivals terminal you will find the following car rental brands: Avis Rent A Car, Budget, Enterprise/Atesa, Europcar, Hertz and Owners Cars.

Competitive rates of Menorca Airport car hire are often available from the local brands Autos Valls Rent A Car and Proa Car Rental, which deliver rental vehicles to the customer on a meet&greet basis, as well as from the large Spanish supplier Goldcar, which provides a shuttle service from the airport to its rental facilities.

Cheap car hire Menorca - compare prices with Cartrawler
Price level of car hire services is definitely an argument in favour of renting a car during your holiday on Menorca.

Car rental in Menorca is substantially cheaper than in Majorca. Even at the peak of the summer season, in August, it is usually possible to find offers of Menorca Airport car hire with prices starting from approx. £110-120 for a 7 days rental of an economy hire car, often a Seat Ibiza, a Renault Clio, or similar. If you visit the island outside of the busiest summer months, the prices for the cheapest hire cars in Menorca can drop to around £50 per week, or even less.

Cartrawler search engine allows you to compare prices from all the major providers of car hire at Menorca Airport, within all car rental classes available on the island. With Cartrawler, you will be able to find and book not only the most popular rental models in the economy class, but also the less common types of cars, amongst them convertibles, minivans and SUV’s to rent at Menorca Airport at very affordable rates.

Young drivers - car hire Menorca
In the Balearic islands it is the lively, ‘party’ island of Ibiza, and to some extent Majorca, that usually attract the younger public. Tourists in their early twenties travelling to Menorca should be aware of additional charges for young drivers.

Usually any driver aged 21 to 24 is considered a young in Menorca and the applicable fee can go up to 8 euros, which, in case of longer rentals, may turn to be quite costly.

The young driver age limit, as well as the fee, are defined in ‘Rental conditions’ of each offer available on Cartrawler. There, you will also find information about drivers licence requirements. Please note that some of the Menorca car rental companies require that the driver has hold the license for even 4 years on the time of the pick-up. Those conditions, however, apply to larger and more expensive rental vehicles. In case of small cars to rent in Menorca, drivers licence requirements are usually more relaxed. Always refer to ‘Rental conditions’ before booking your Menorca hire car.