Madrid-Barajas Airport - MAD is the main airport of Spain and one of the largest airports in Europe.

The airport is located approx. 8 miles northeast of Madrid city centre (Puerta del Sol) and connected to the Spanish capital through a thick network of major roads and motorways.

See map of roads around Madrid and near Madrid Airport. 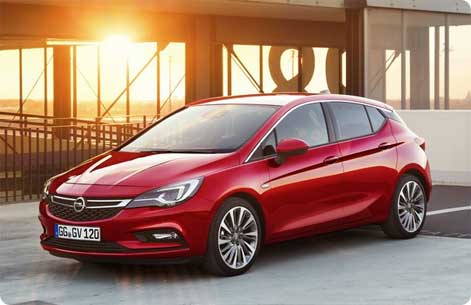 If, upon your landing at Madrid Barajas, you decide to continue your travel in Spain in a rental car, find below useful information about Madrid Airport car hire.

Car rental stations are distributed between two convenient locations: Terminal 1, serving as well the nearby Terminals 2 and 3, and in Terminal 4. When booking Madrid Airport car hire online, for example through Cartrawler search engine, you have an option of choosing the MAD terminal most convenient for you to pick up and drop off the car.

Do not be discouraged by the size and complexity of the airport; car rental stations at Madrid-Barajas are well sign-posted and can be reached without major difficulty, regardless of the terminal you arrive at.

Madrid Airport off-site car hire providers
The best car rental deals at Madrid Airport are often available from the off-site companies, which offer free shuttle bus transportation to their offices outside the terminals. OK Rent A Car Auto Click, Centauro, Dickmanns or Daperton are just some of the popular rent-a-car companies in Barajas without the offices at the airport.

VW Polo, a popular choice in the class of economy hire cars at Madrid Barajas Airport.

Madrid Airport terminals - find your way at Madrid-Barajas Airport
Madrid Airport consists of four terminals. Terminals T1, T2, and T3 are located in the same building complex, while a newer and by far, the largest Terminal 4 is situated in a considerable distance.

Find your gate at Terminal 3 of Madrid-Barajas Airport.

Terminal 4 - Madrid (MAD) Airport
Terminal 4 of Madrid Barajas Airport is one of world’s largest airport terminals, comprising and area of 760.000 m2. The terminal was designed by renowned architects Antonio Lamela and Richard Rogers and inaugurated in early 2006, soon allowing Madrid Airport to increase significantly the number of passengers handled.

In addition to the main building of Terminal 4, there is a smaller satellite Terminal 4S. An underground, automatically operated train links Terminal T4 and Terminal T4S.

Terminal 4 serves domestic and international flights to Europe, North, Central and Southern Americas, as well as to Middle East.

If you are travelling to Madrid with Easyjet, Jet2 or Ryanair, you are most likely to arrive at Terminal 1 (T1) where budget airlines are hosted. Iberia and British Airways airlines are based at Terminal 4.

Flights from the UK (London-Gatwick) to Madrid Airport are also available with a Spanish carrier Air Europa, operating non-Schengen routes from Terminal 1.

Please, be aware that the terminals for your arrival at Madrid-Barajas may change.

Cheap car hire Madrid Airport - find the best offers online
Usually it is possible to hire cars at Madrid-Barajas upon arrival, without booking in advance. However, at such a busy airport the choice of rental vehicles available on the spot might be limited and the prices rather inflated, especially during the summer season.

In order to avoid unnecessary expense and stress, should the desired car be unavailable, it is always the safest to book in advance and, if possible, well ahead of your arrival to Madrid.

You can, naturally, contact directly a preferred car hire company at the airport, or use an online search engine of car hire, such as Cartrawler Spain to compare thoroughly prices of car rental from many providers at Madrid-Barajas. Due to the large volume of bookings, car hire offers available through Cartrawler, are frequently much more competitive than rentals directly at the counter.

Car hire in Spain is usually significantly cheaper than in northern Europe, with prices in the high season starting from approx. £90, or less, for a week of car rental in destinations as Tenerife or Gran Canaria.

For about the same price you are able to rent cars at large Spanish airports, provided, that the booking was made in advance. A small city car, such as Fiat 500, a Toyota Aygo or similar is almost always the cheapest option, although often the considerably larger economy class cars are available at virtually the same price. 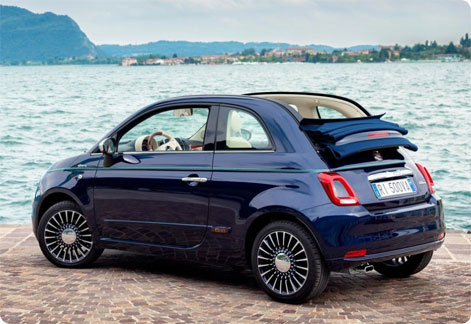 In the low-season, on the other hand, in winter, as well as the shoulder seasons, in autumn and spring, car hire from Madrid Airport can be very cheap. With the excess of cars in the fleet, car hire companies are often willing to let their vehicles go for a very modest price of round £20-30 for a week car hire in the cheapest class.

While outside of the tourist season, it is not unusual to find on Cartrawler offers of Madrid Airport minivan hire starting from as little as £ 150 for a week rental of a VW Touran (5+2), in the summer the same rental will frequently cost £ 500, or more.

Seat Alhambra is a popular rental MPV in Spain

The full size MPV’s - a Ford Galaxy, a Seat Alhambra or similar - with space for 7 people and luggage are also available and very popular as rental vehicles in Madrid Airport.

Larger groups of travelers have at their disposal minibuses for hire at Madrid-Barajas. In order to benefit from the best rates when hiring a vehicle with space for 9 people in Madrid, early booking are recommended.  In the summer season, a 7 days rental of a Mercedes Vito Traveliner (or similar) usually costs from approx. £800. Outside of the tourist season the price of one week hire of a large people’s carrier (a 9-seater) frequently drops to around £250-£300.