Make the most of your Crete holiday and explore the island in a hire car rented at affordable rates through Cartrawler search engine.

For passengers arriving to Crete via Heraklion Airport, a single search on Cartrawler allows to compare rent-a-car deals from most of the major car hire companies operating in this location. 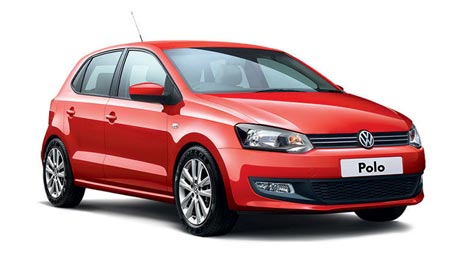 To avoid getting lost in such a vast offer and to spot the best car hire deals without spending too much time on it, try out Cartrawler. One quick search is sufficient to obtain quotes from many different rent-a-car companies at Heraklion Airport.

Cheap car hire Crete - compare prices and book in advance
The fierce competition between Heraklion Airport car hire providers helps to set the prices at a rather moderate level, when compared to other popular southern European destinations.

Usually, it is possible to rent a small city car for approx. £130-150 for a week of Heraklion Airport car hire even during high season, provided that the booking was made in advance. If you wait until the last moment with booking for the last moments, the price is most likely to increase to some £180-190 for a week. Even then it is still worth to use Cartrawler, as prices for the same type of cars may vary considerably from company to company.

Minibus hire in Heraklion Airport
Most major car hire companies in Crete have minibuses (with capacity for 9 people) in their rental fleet.

Prices for Heraklion Airport rental minibuses range from £300 (in the low-season) to £500 or more in the busiest summer months. Unless stated otherwise, a minibus always offer place for 9 people including the driver and require a standard  (category B) driving licence.

VW Caravelle is a comfortable minibus with capacity for up to 9 people – often available as a hire car in Heraklion Airport.

Convertible car rental Crete
An open-top car is a great way to move around Crete during the summer and spring season. It allows you to soak up the sun and enjoy the fresh ocean breeze, while allowing panoramic views of the island. A rental convertible will definitely enhance a road trip in a beautiful destination as Crete is. 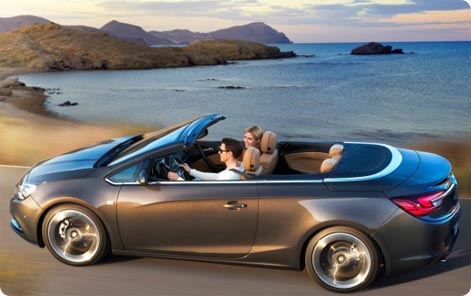 Please note that the availability of convertible cars in Crete is limited and it is advisable to make your booking well in advance, especially if you are visiting Crete in the peak season.

New airport for Heraklion - Kastelli Airport Crete
Since Heraklion Airport, serving currently over 6 million passengers has long reached its operational limits, it is scheduled to be replaced by a new, larger and modern airport, located near the village of Kastelli, south-east of Heraklion.

At the moment the road distance separating city centre and the future Heraklion Airport is approx. 23 miles and requiring nearly 40 minutes to cover by car. In the future, with a new road infrastructure, both the distance and travelling time are expected to be shortened considerably.

Initially scheduled for 2015, the inauguration of the new Heraklion Airport in Kasetlli was postponed due to Greece’s difficult economic condition. The works, however, are in an advanced stage and as per mid 2014 it is believed that Kastelli Airport in Crete will see receive the first passengers in 2018.