Book with Cartrawler and benefit from the lowest rates on car hire from Eindhoven Airport (EIN), the second largest airport of the Netherlands. 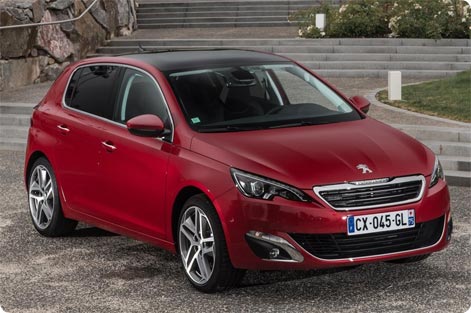 The airport is located around 5.5 miles north-west of Eindhoven, in the North Brabant region of the Netherlands. See location map of major airports in the Netherlands: Amsterdam, Eindhoven and Rotterdam.

Although Eindhoven is one of Europe’s largest cities, it can hardly be considered a popular tourist destination in a traditional meaning; most of its historic heritage was destroyed during the World War II and today Eindhoven is known primarily as an important technology hub in Europe and home to the Philips company, the manufacturer of lighting and electronics. The city is also famous for its successful football team PSV Eindhoven.

Eindhoven Airport Car Rental – cheap car hire with Cartrawler Netherlands
Search engine of car hire, Cartrawler allows to find the most competitive deals on Eindhoven car hire by comparing offers from many rent a car companies operating directly at the airport or off-site.

Usually, prices of cheapest rental cars at Eindhoven Airport – in the class of small city cars such as Toyota Aygo, Kord Ka, Renault Twingo, or similar –  available on Cartrawler start from around £100 for a week. If you are interested in a larger and more comfortable car to rent in Eindhoven Airport, Cartrawler Netherland offers advantageous rates in rental classes ranging from economy, through compact and full-size vehicles, to minivans and minibuses.

Please note that, given the short supply, the last group of rental cars – MPV and minbuses to hire in Eindhoven Airport usually require a booking well in advance if you want to benefit from the lowest prices.

Eindhoven car rental - large cars such as the new Mazda 6 are available from suppliers like Sixt or Alamo at very reasonable rates.

To find car rental desks simply follow the signs in the arrivals hall of the Eindhoven Airport. Autoverhuur is the Dutch expression for car hire.

Cheap flights to Eindhoven – Ryanair, Wizzair and Transavia
The major airlines at Eindhoven Airport are the low-cost carriers Ryanair and Wizzair offering a good choice of European routes.

Eindhoven Airport to Amsterdam
Eindhoven is located approx. 123 km south / southwest of the Netherland’s administrative capital. The A2 motorway, one of the busiest in the Netherlands allows fairly quick access (approx. 1.5 h by car) from Eindhoven to Amsterdam in the north. South of Eindhoven, the A2 leads to Maastricht (approx. 1 h by car).

What to see in Eindhoven
Despite not having a significant historical heritage, Eindhoven has not given up on trying to attract tourists. Business tourism is thrives here and does not need much incentive in the city which is home to large companies as Philips; Brabantia or DAF Trucks. Leisure tourists, however, should also be able to find a few attractions during their stay in Eindhoven.

Apart from the Sint-Catharinakerk, a neo-gothic cathedral which is by far the most outstanding historical monument of the city, the majority of Eindhoven attractions are strictly modern and in a large part associated with the Philips company.

A light bulb factory, a small family business started by two brothers, Gerard and Anton Philips in 1891 is intrinsically connected with the history of Eindhoven. Several iconic buildings and monuments of ‘The City of Light’, as Eindhoven is often referred to were founded by the Philips company. Philips walking tours, widely available in Eindhoven include stops at the Philips Statue, Philips Music Hall, Philips Incandescent Light Bulb Factory, Philips Stadium and the Evoluon convention centre.

If you happen to visit Eindhoven in the autumn, do not miss out on the GLOW light festival.

Sponsored by Philips, the event is an outdoor exhibition of light and design applications attracting performing artists and professional in the filed from all over the world. Multimedia presentations using the most advanced technologies can be seen all across the city during the festival, mesmerising and involving the public of all ages.