Enjoy the most competitive rates for car hire from Dole-Jura Airport - DLE, also referred to as Dole-Tavaux Airport by booking with Cartrawler France. 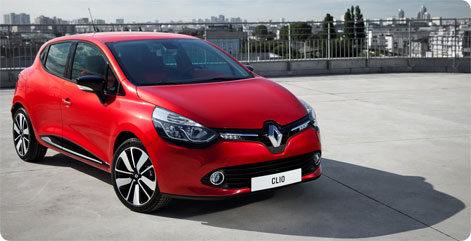 Cheap car hire Dole-Jura Airport
By comparing prices online and booking well in advance you can rent-a-car in Dole, France, from approximately £150 for a week car hire of a Ford Fiesta, an Opel Corsa, or a similar model in economy class with pick-up at Dole-Jura Airport terminal.

Low-rates for Dole Airport car hire are available within a great range of car rental classes. If in need of a larger car to drive comfortably long distances in France, please note that the cheapest minivans, such as a VW Touran (5+2) can often be found on Cartrawler with prices starting from around £320 for a week of Dole-Jura Airport car hire.

Crossborder travels in Dole-Jura Airport hire car
Dole-Jura Airport is located in eastern France, in a reasonable driving distance (approx. 60 miles and 1h 25min by car) to the border with Switzerland. If you planning to drive outside France in your Dole Airport hire car, please note that many of car rental offers in this location exclude Switzerland from the countries allowed for crossborder travel. Always confirm the conditions of crossborder travel in ‘Rental details’ of each Cartrawler offer before booking.

Dole-Jura/Dole-Tavaux Airport location
The name confusion with the airport serving Dole results from its location in Franche-Comté region of the Jura department, in approximately 4 miles distance from Dole city and on the outskirts of Tavaux town.

While Dole-Jura is the official name of the airport, the former name, Dole-Tavaux Airport is still commonly used. You may also come across the name Franche-Comté Airport to describe Dole-Jura Airport.

Flights to Dole-Jura
Dole-Jura Airport can be accessed by domestic routes from Nice, as well as from Bastia and Ajaccio (on the island of Corsica).

In early 2014 the only international routes to Dole-Jura (Dole-Tavaux) Airport were operated by the low-cost carrier Ryanair to destinations as Marrakesh and Porto. Ryanair’s Dole - Lisbon route was schedule to begin in April 2014.

With a Dole Airport hire car at your disposal, take the opportunity to travel across Franche-Comté, known for its unspoiled natural beauty, as well as interesting regional cuisine and especially, locally produced wine and cheese.

See below the beautiful landscapes and sites of Franche-Comté:

The festival scenes are set in a nature reserve by the Lake Malsaucy, approx. 6 miles northwest of Belfort. Please note that the airport located the closes to the Belfort festival grounds is the Basel-Mulhouse Airport.