Cardiff Airport - CWL is an international airport situated in Rhoose, Vale of Glamorgan - 12 miles (19km) from Cardiff city centre. The Welsh name for the Airport is Maes Awyr Caerdydd. 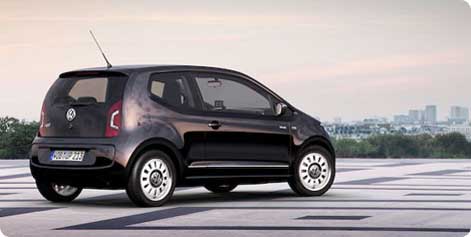 Cardiff Airport – destinations and airlines
Even though the number of passengers served remains fairly modest, Cardiff Airport offers quite a varied selection of destinations – over 40, mostly on European routes and also to Turkey, Egypt and the USA.

Their busiest domestic route is to and from Edinburgh. The busiest international route connects Cardiff with Amsterdam. 12% of all the passengers at Cardiff Airport fly this route.

Rent a car in Cardiff
It is possible to rent a car from Cardiff Airport when visiting the Welsh capital. It can be very useful to have a car when travelling to Cardiff, as there are a lot of attractions in Wales that can be reached by car.

Amongst the major attraction of Cardiff and the surrounding area are among others Cardiff Bay, Snowdon, Rhossili Bay and Cardiff Castle can be mentioned. For families the Folly Farm Adventure Park & Zoo is also quite popular to visit.

It is possible to rent very different sizes of cars in Cardiff Airport. The airport car rental companies (partners of Cartrawler UK) - Avis, Europcar, Alamo, Easirent, Enterprise Rent A Car, Hertz, Budget and Keddy by Europcar, have everything from a small Fiat 500 to vans/minivans, making it possible to travel together either as a couple, as a family or in a larger group.

Outside the summer season, the cheapest hire cars at Cardiff Airport are often available at a price of £90-100 for a week. The cheapest cars are usually small city cars (Fiat 500, Chevrolet Spark, or similar). On the other side of the scale, the cheapest people carriers (minivans such as Opel Zafira, VW Touran, Ford Galaxy or similar) are often priced from about £330-350 a week.

The ePassport gates will make the arrival in Cardiff a lot easier and the process is mostly quicker than going to the normal border controls, where the passport are verified by airport staff.