Find the best car hire deals at Bastia Airport online. Often, the most competitive rent-a-car offers are available on the internet, through online search engines of car hire, such as Cartrawler. 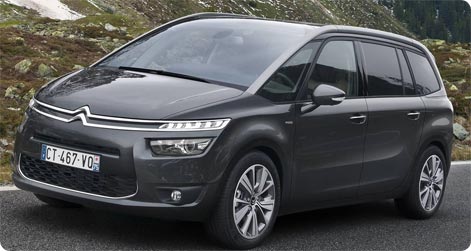 Car hire companies at Bastia Airport
In Bastia Airport car rental services are provided by large international companies, such as Avis Rent A Car, Hertz, Europcar and Enterprise (formerly Citer), as well as by local brands, amongst them ADA Location de Voitures.

Cartrawler search engine displays current offers from all of the major car hire companies in Bastia Airport, allowing you to compare prices as well as rental conditions, which may vary considerably from a supplier to supplier.

In low-season, the rates for economy class rental cars at Bastia Airport start from £175 for a week car hire of Opel Corsa, a VW Polo or similar. In the busiest summer months, you will often have to pay £200 or above for the same type of a car. Given the fact that car hire availability on the island of Corsica may be compromised during the peak of tourist season, remember to book well in advance for July and August.

Bastia Airport car rental conditions
All the offers of Bastia Airport car hire are described in detail in a section called ‘Rental Conditions’.  Here you will be able to find useful information about rate details of the offer, insurance coverage, excess, driving license requirements, mileage and fuel policies, amongst others.

Please note that in many Bastia Airport car hire offers the minimum drivers age is set at 26, which means that extra charges will apply for younger drivers. In order to avoid additional fees when hiring a car in Corsica read car rental conditions thoroughly before booking on Cartrawler.

Bastia Airport airlines and destinations - fly from the UK to Corsica
The majority of all flights operated at Bastia Airport are seasonal charters from major European cities, amongst them London, Brussels, Berlin, Frankfurt and Luxembourg.

In the summer season flights from the UK to Bastia, in Corsica, are available from the low-cost carrier Easyjet, with departures from London-Gatwick and Manchester. British Airways and BMI Regional provide seasonal charters to Bastia from London-Heathrow and Bristol, respectively.

Bastia Airport offers as well a good choice of domestic routes to Paris (CDG and Orly), Marseille, Nice, Lyon, Bordeaux and Toulouse, amongst others.

Corsica Airports
Bastia Airport is one of the four airport providing access to the main resorts of Corsica, together with Ajaccio, Calvi and Figari Sud Corse airports.

It is located in northwestern part of the island, approx. 12 miles south of Bastia, the second largest city of Corsica.

Cartralwer search engine allows you to compare prices of car hire at all Corsica airports.

Corsica holiday - Bastia as a tourist destination
The island of Corsica remains a popular holiday destination in the Mediterranean, appreciated mostly for its beautiful, varied landscapes: unspoiled coastline and pristine mountain settings in the interior.

Due to the local microclimate, Corsica is cooler than most other islands of the Mediterranean. See Corsica climate chart.

The tourist traffic in Corsica is also less intense than in the Balearic Islands or even the nearby Sardinia, making is a perfect destination for travellers seeking a quiet break amidst nature or an invigorating active holiday. Corsica offers very good conditions for a variety of sports, from sailing and windsurfing on the coast to mountain biking and trekking in the interior. Last but not least, the island is known for its excellent cuisine and locally produced wine.

Bastia, located in the northeastern part of Corsica is the second largest city of Corsica, after the island’s capital, Ajaccio. See map of Corsica.

An important commercial and cruise port in the Mediterranean, Bastia offers also a variety of tourist attractions, amongst them the city’s old quarter, Terra Vecchia, where historic monuments, museums, churches and chapels abound. See map of Bastia.

Bastia is also an excellent base for exploring the Cap Corse peninsula in the north and the whole eastern coast of Corsica. When renting a car from Bastia Airport will be able to access easily the N193 which connects further south to the coastal road N198.