Brussels, or Bruxelles, in French, has a population of 1.1 million inhabitants within the city limits or 1.8 million including the metropolitan area. 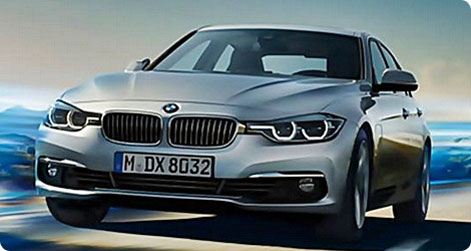 The city is served by two international airports.

Brussels Airport in Belgium (Brussels North/Zaventem)
The larger of the two Brussles airports is called Brussels Airport – BRU, or in Flemish/Walloon Brussel Nationaal / Bruxelles-National. Another frequently used name, resulting of the airport's geographical location is 'Brussels-Zaventem'.

Situated in the Flemish region of Begium, in the municipality of Zaventem, approximately 6 miles north east of the city centre, it is by far the largest Belgian airport and a considerably busier one than the other airfield of the capital.

The airport is located just off Brussels Ring Road which allows easy access to most major motorways in central Belgium. See location map of Brussels Airport.

Zaventem Airport serves over 23 million passengers per year, on over 230 destinations, operated by 78 airlines.

See the humoristic Brussels Airport promo video below (please mind that some information it contains is already outdated as the video was first released in 2012).

Charleroy Airport is situated in the Valloon region (French speaking part of Belgium) approximately 30 miles south of Brussels close to the town of Charleroi. The airport is predominantly used by the low-fare and charter airlines such as Ryanair, Wizzair (Hungarian operator) and TUI Belgium.

Car Hire in Brussels North Airport
Brussels North Airport boasts an impressive selection of hire cars. You will find hire cars from well known providers such as Avis Rent-a-car, Europcar, Sixt, Thrifty, Budget, Alamo, Enterprise Rent A Car and Hertz. Also, some companies provide hire car handover service in the airport despite not having an office in the airport. These companies are often the cheapest hire car option, but not always.

It is also possible to rent cheap cars at Brussels Zaventem Airport from low-cost car rental providers, such as Keddy and Flizzr.

Hire Car Prices Brussels
During the summer period it’s often possible to get a VW Golf hire car (or similar) with 5 doors and air condition from £200 per week. Usually free mileage is included in the price. This is a very competitive price as the majority of hire cars in Belgium can legally be driven across the borders of other EU countries. 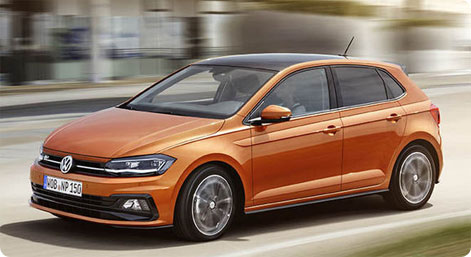 Outside high-season it is often possible to rent a VW Golf at Brussels Airport from around £160 for a week.

It is also possible to find cheap prestige car hire in Brussels. For instance it’s possible to hire a Mercedes C-Class, Audi A4, BMW 3-series or similar from around £240 for 7 days. You will often find the same prestige brands as estates within the same price bracket.

In Brussels an 8-9 seater people carrier is usually available from around £425 for 7 days car hire in Brussels, which is relatively cheap. Please do check under rate details to make sure that unlimited miles are included on Brussels hire cars.

In the cheapest class of small city cars, the prices of for one week rental of a Toyota Aygo, a Citroen C1 or a VW Up often start from around £100 for a week.

Driving in the EU in a Belgian hire car
Remarkable for Belgian car hire is that in most instances it’s completely legal to drive hire cars to Poland, Estonia, and Latvia. This even applies to prestige hire cars. However, be prepared for car hire companies charging a substantially larger deposit on credit cards as extra collateral.

It’s recommendable to always check car hire terms and conditions (see “Rate Details” in Cartrawler’s search engine). In Belgium it’s not uncommon for car hire companies to charge up to 12 cents per kilometre, which means a long distance journey can become a costly affair. Thankfully most hire cars come with unlimited mileage in Belgium like most other European countries.

Hire car insurance excess (damage and theft) on Belgian hire cars is relatively low compared to most other European countries. Depending on type of hire car, expect excess to be between 500 to 1000 Euros. All hire cars avialble through Cartrawler search engine on www.find-cheap-car-hire.co.uk come with comprehensive insurance cover by default. It is possible to eliminate the excess; an excess waiver can be purchased during the booking process at a daily rate of around £5.

EU staff and Car Hire
Brussels is a Capital City like no others.

Every month many EU employees and its 736 parliament members commute between Brussels and Strasbourg in France close to the German border.

Parliament members are obligated to travel to Strasbourg 4 days a month to place parliament votes. Furthermore, EU has got activities in Luxemburg, which adds to the EU staff’s commute. In addition, parliament members regularly travel back to their respective home countries to attend meetings not to mention family holidays.

The continuous commuting of EU staff creates a lot of available slots, not only in the hospitality industry but also in the car hire business at certain times during the season. As a result you will often find executive accommodation and car hire at heavily discounted rates in Brussels during weekends and EU parliament seasonal holidays.