The coastal resort of Bournemouth in the South West England is served by an international airport located only about 4 miles north-east of the city centre. Apart from Bournemouth itself, the airport allows access to a number of other places of interest in the region, amongst them cities of Christchurch and Pool, the Studland nature reserve as well as the Jurassic Coast, a World Heritage Site. 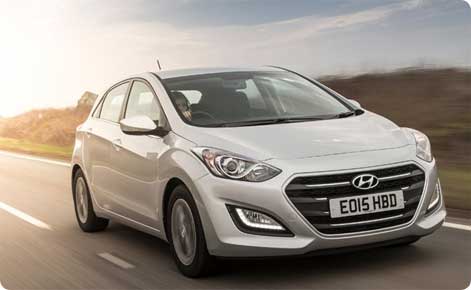 A wide choice of car rental services is available for passengers arriving to Bournemouth Airport. With the help of internet search engine Cartrawler it is possible to compare rates from most major car hire companies serving Bournemouth Airport and to book the desired car online and in advance.

Bournemouth Airport rent-a-car providers
Alamo, National, Europcar, Hertz, Keddy by Europcar and Avis are the major car rental brands at Bournemouth Airport partnering with Cartrawler. The description of each offer provided by the search engine indicates whether the pick-up is done directly at the airport (“Terminal pick-up”) or at an off-site location (“Shuttle bus”).

Cheap car hire Bournemouth
Outside the summer season it is usually quite cheap. Rates for one week hire of a smallest car (Kia Picanto, Fiat 500 or similar) start often from around £100. In most cases there is only  small difference in price to larger and more comfortable cars in economy and compact classes. An Opel Corsa (or similar) is often available to rent at Bournemouth Airport from £105 for a week, while a compact Hyundai i30 (Opel Astra, Fiat Bravo or similar car within the same rental class) are priced from around £120 for a 7-days car hire England.

About Bournemouth Airport - BOH
‘Hurn Airport’ was the first name of airport serving Bournemouth, originally a RAF military base inaugurated amidst WW II.

Domestic flights to Bournemouth are available with Flybe from Glasgow-International, Manchester and Jersey.

Easyjet has a limited presence at Bournemouth Airport offering a seasonal route to Geneva.